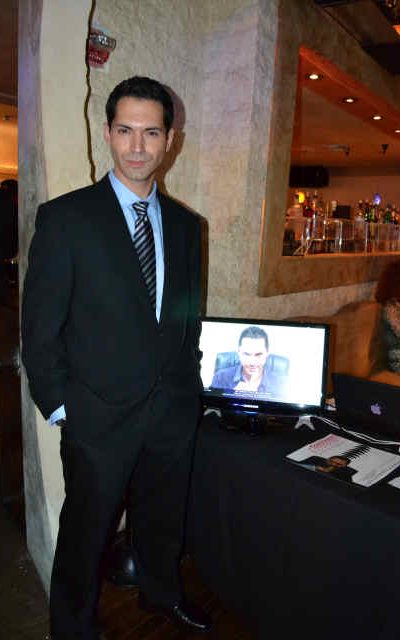 Tarek McCarthy was born to an Irish mother and a Columbian father. He developed his love and fascination for film at a very early age through the media of acting and modeling. As an adult he followed his ambitions in film by stepping behind the camera, and was soon off to a successful career in directing and producing documentary films dealing with humanitarian and environmental issues. In 2003 he was diagnosed with Von Hippel Lindau Disease (VHL). Subsequently he spent much of the following year undergoing numerous surgeries to restore his health. During this arduous time his long appreciation for the beauties and simplicities in life grew much greater. After his convalescence he returned to college to earn a degree in Film. While in school he and produced, co-edited, narrated, and starred in a short film based on his life called “The Beautiful Wind”. The film went on to win Best Short – Audience Choice Award at The New York International Film Festival. Shortly there after Tarek received his degree in film and has been working for clients such as the Discovery Channel, the History Channel, as well as independent entities. Over the duration of his career he has had the opportunity to be a: director, producer, editor, writer, cinematographer, host, and an actor. In 2010 Tarek’s work took him to the remote jungles of Northern Brazil directing a film about two indigenous tribes struggling to survive there. A few months after returning from Brazil, he climbed aboard a NASA DC8 and flew through the eye of Hurricane Earl six times, directing a film regarding the destructive nature of hurricanes. In his free time, following his obsession for feature film, Tarek was constantly hard at work writing a feature film screenplay called, “Fall From Grace”. Upon completion of the script, he promptly produced a short film adapted from Fall From Grace called, “Purgatory”, to gain attention for the prospective feature film. From the pages of Fall From Grace, he brought to life the character, Dave, a serial killer within Purgatory, the short film. Purgatory was expeditiously accepted to Cannes International Film Festival 2011, as well as the LA and New York screenings of the New York International Film Festival 2010/2011. At it’s debut screening in LA the film went on to win the prestigious awards: Best Horror Short, and Actor to Watch – Tarek McCarthy. Purgatory, which Tarek directed, produced, wrote, edited, and starred in will not only be taking him to New York promoting his film, but also to France at the Cannes Short Film Corner.