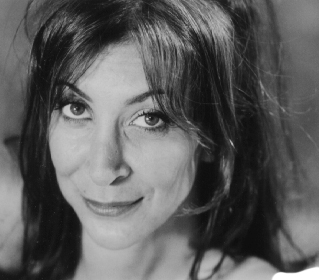 Suzanne Krull was born and raised in Brooklyn, New York. She moved to Southern California with her family during high school. Upon graduating, she auditioned for acceptance to the American Academy of Dramatic Arts. She was accepted and completed two years of the program. She was then invited to return to perform in their Production Company. Immediately after that, she became a founding member of The Fountainhead Theatre Co. While working there, she juggled numerous other local LA theatre projects and did over 30 plays in a ten year span, earning a DramaLogue Best Actress nod. She began doing Stand Up comedy and was quickly asked to do the festival circuit, performing at HBO’s Aspen Comedy Festival, Vail Comedy Festival and becoming a regular face at The Hollywood Improv. Despite immediate success and work in the Stand-Up world, she missed the ensemble and character work of the written word. Like most character actors, once Suzanne hit her 30s the jobs started flooding in. She appeared in numerous guest and recurring roles on shows like Nash Bridges, N.Y.P.D Blue, The Practice, Sabrina the Teenage Witch, Buffy, Charmed, Nip Tuck, LOST, Desperate Housewives, Perfect Couples, Mr. Sunshine, PSYCH, to name a few. She starred opposite Madonna in “The Next Best Thing”, worked with Jim Carrey in “How The Grinch Stole Christmas”, and starred opposite Leslie Nielsen in Camuflagem (2001), among others. While on location in Vancouver, and with many hours of downtime, she began writing a screenplay. After its completion it was immediately optioned by a Major Studio. She wrote, starred in and produced the Short, SAM and MIKE which won numerous festival awards for Best Short Film. She has written One Act Plays that have been produced by The Hidden Theatre Co. Her short story, “The In and Out” was published in JANE Magazine after winning it’s Short Story contest. In 2002, she began one on one coaching Actors for auditions, and found that it was the perfect way to hone and work on her craft while helping others. She was married to stand-up comedian, actor and writer Peter Spruyt, with whom she had a daughter, Harper Joy. She died suddenly on July 28, 2013 in Los Angeles of an ruptured aortic aneurysm, aged 47.