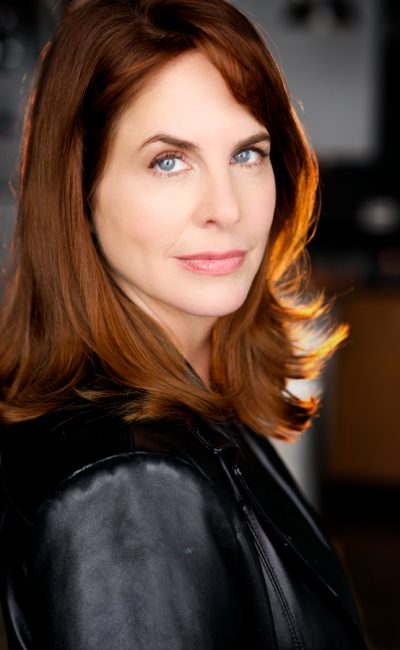 Stephanie Erb is an American actress known for her work in TV, Film and Theatre. She grew up all over the United States as a university brat and was drawn to both a medical career and the arts. However, when she saw Lawrence Olivier’s Hamlet at eight years old, she knew she truly wanted to be an actress. Her training began at The Cleveland Playhouse and continued at SMU’s acclaimed Theatre Program. Moving to NY after school led to years of jobs in the regional theatre circuit, including work at Arena Stage, Pittsburgh Public Theatre, Cleveland Playhouse, Cincinnati Playhouse in the Park, Dallas Shakespeare Festival, Utah Shakespeare Festival, etc., and an expansive tour of the US with John Houseman’s Acting Company (“Two Gents”, “Romeo and Juliet”). She also holds degrees in English and Biology. Stephanie garners a lot of inspiration from both of her parents. Her father, the late American contemporary composer Donald Erb, encouraged her pursuit of the arts and was always a beacon of artistic integrity, perseverance and compassion. Her mother Lucille provided endless support and love, which made it possible for her to pursue a quixotic business. Through all the ups and downs, her parents offered listening ears, and her very successful father would even mention from time to time, “You know, I could have been a fireman and been just as happy”. Upon moving to LA, Stephanie began working in television and film and has been doing it ever since, performing in the theatre whenever possible. Her first break in television was as a guest star on the cult favorite, Jornada nas Estrelas: A Nova Geração (1987). She owes her film debut to Peter Weir, who cast her in Sem Medo de Viver (1993) with Jeff Bridges and Isabella Rossellini. Her extensive career also includes recurring roles on Weeds (2005), 24 Horas (2001), Freaks & Geeks (1999), as well as film appearances on such productions as O Chamado (2002), South Dakota (2017), and Tenacious D – Uma Dupla Infernal (2006). Additional television work includes recurring characters on Ray Donovan (2013), Les feux de l’amour (1973), and Os Fosters: Família Adotiva (2013) to add to her resume of over 100 individual appearances onscreen. Stephanie has garnered numerous awards for her work in theatre, as well as onscreen. As she says, “It’s a crazy life, but someone has to do it.” And she does with gratitude. A resident of Los Angeles, Stephanie lives with her family and two needy chihuahuas.