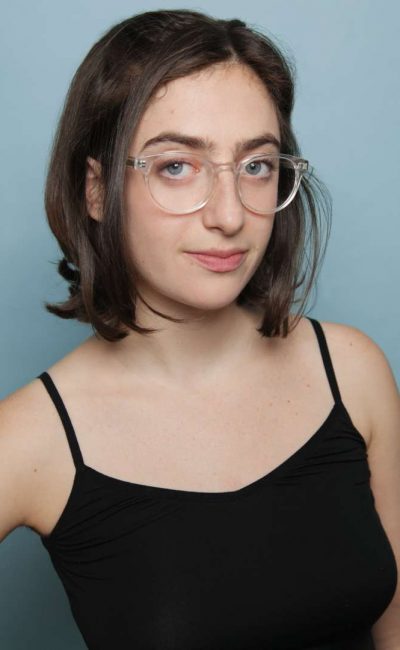 Sophie Zucker is a Brooklyn-based comedian!! Sophie has performed original work at Joe’s Pub, The Duplex, Brooklyn Comedy Collective, Second City, UCB, Vital Joint, Under the Gun, and Annoyance NY and trained at most of those places, too. Most notably, she can be seen in the upcoming Apple TV series Dickinson opposite Hailee Steinfeld. She is also a writer on its second season. She hosts the monthly variety show ‘Ladies Who Ranch’ at Brooklyn Comedy Collective, which Time Out NY heralded as “bananas.” Sophie graduated from Oberlin College with a BA in Religion and Creative Writing. She’s from NY and holds extensive knowledge of the subway system, but is often running late anyways.