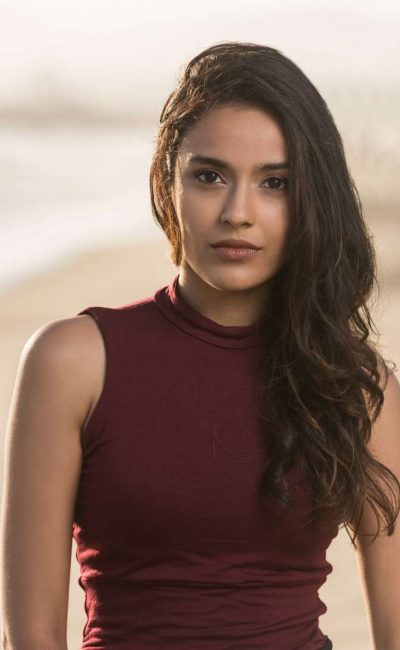 Sharmita was born and raised in the greater Houston area. Her draw to the arts started from a young age in the form of dance and music. She moved to Austin to study at the University of Texas at Austin, and it was there where she discovered her love for acting. She continued her education while testing her new found interest by dabbling with short films, introductory acting courses, and modeling gigs in her free time. Shortly after graduating, she dived into furthering her career by studying the Meisner Technique under acting coach, Laurel Vouvray, and gaining representation with Collier Talent Agency. She continues to study under Laurel in her advanced scene study and character building class while taking workshops with other coaches to further expand her knowledge of the art. Since graduating, Sharmita has been working hard to hone her craft, make connections, and attempt challenging roles, characters, and projects. Some of her notable opportunities to date have been co-starring in the ABC pilot episode of Shonda Rhime’s newest TV-series, The Catch, as well as playing the leading role in the narrative based music video for the popular pop punk band, The Wonder Years. She will also be heard in the video game Shadow Warrior 2, as the voice of the leading girl character – Kamiko. Sharmita’s passion for acting and her love of experiencing new things, make her career a huge part of her life. She continues to grow from learning about her different characters, hearing the stories of the people around her, and relating with the strong energy of motivated people in the arts. She loves what she does and enjoys being inspired by the people around her.