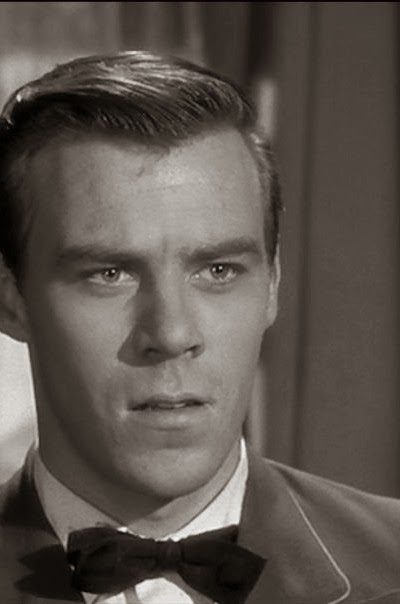 His mother died when he was five, his father was a naval officer, so he lived with his aunt. Studied at the Neighborhood Playhouse in New York City, 340 East 54th Street. He was a replacement in the play “Long Day’s Journey into Night” on Broadway in the late 1950s, with Fredric March and Florence Eldridge (March’s wife) in the Helen Hayes Theatre. He was married to Dionne Van Hessen and had 3 children, Dorinda, Rachel and Richard. This marriage ended in divorce. He was interested in reading about mysticism and religion, painting in oils (he spent 1960 in Mexico, painting), sailing, swimming, listening to music, water skiing. He won the Hank Tabor role on Sam Benedict (1962) over 60 competitors because of his acting experience and also his excellent educational background. He is in such “cult classics” as Underworld U.S.A. (1961) and Naked Angels (1969), both of which often sell on ebay for outrageous amounts, not to mention Homicidal (1961).