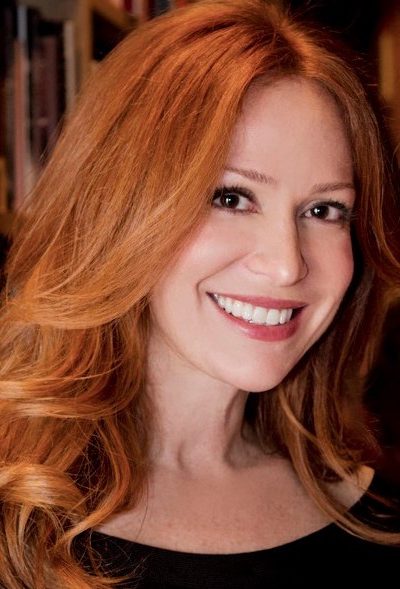 Rebecca Creskoff was born and raised in Philadelphia, Pennsylvania. She is the daughter of Betty Jane Creskoff, a home maker, and Howard Creskoff a lawyer, and has an older sister. Her father is of Russian Jewish decent and her mother is of mostly English and German ancestry–a true Midwestern protestant. The New Yorker Magazine describes Creskoff as “immensely gifted, with formidable technique” and named her one of the best performers of 2010. Creskoff studied English literature at the University of Pennsylvania and then, following the advice of her friend and mentor Debra Messing, chose to hone her craft more seriously at the prestigious MFA acting training program at New York University. Classmates included David Costible, Victor Williams, Sean P. Thomas, Glenn Fleshler and Aunjanue Ellis. Her first job after graduating was the long running Steve Martin play “Picasso At The Lapin Agile” at the Promenade Theater in New York City with Gabriel Macht and Jason Antoon. During this time she supported her theater habit by doing national commercials for products such as Massengill Douche, Budweiser with co-star Cara Buono (Stranger Things) Puff tissues, Olive Garden, Joy dish washing detergent, and Pampers diapers. Her first television role was playing a waitress on Law and Order: SVU. Later that year she guest starred 0n the original Law and Order and then returned to Law and Order twelve years later in the role of public defender Veronica Masters in season 20. Her theater credits include the Broadway play Lousing Louie at Manhattan Theater Club, The All-American at Lincoln Center 3, multiple productions playing Helena in A Midsummer Night’s Dream as well as numerous plays at the Williamstown Theater Festival (most notably playing Luca in Arms and the Man opposite Christopher Evan Welch) and the Berkshire Theater Festival in Miss Julie opposite Mark Feuerstein and Marin Hinkle. She later starred opposite Feuerstein in the movie Knucklehead and with Hinkle in the play Measure for Measure. She made her way out west after being cast in Love’s Labor Lost at the Old Globe Theater in San Diego directed by Roger Reese. She made a side trip to Los Angeles and her first audition was for E.R. which she did not get. But producer John Wells brought her back in the next day to read for Aaron Sorkin’s new show The West Wing. Creskoff was cast in a large guest starring role opposite Rob Lowe with Jamie Denton on the first episode of the second season of the acclaimed hit show. Numerous guest starring and substantial recurring roles followed on The Practice, Justified, Bates Motel, Parenthood, Mad Men, The New Adventures of Old Christine, Girlfriends, Desperate Housewives, Party Down, How I Met Your Mother, Justified, Curb Your Enthusiasm, and the mother of the Jonas Brothers, among others. Her series regular roles include a fiery Irish Catholic mother of two on the WB series Greetings From Tuscon, a fiery Irish Catholic mother of five on the Fox sitcom Quintuplets opposite Andy Richter and then as the fiery pimp Lenore on the HBO series Hung opposite Thomas Jane, Jane Adams and Anne Heche. She most recently played a non-fiery Irish Catholic mother of three on the NBC pilot Where I’m From and on the CBS pilot Taxi-22 opposite John Leguizamo. Shortly after the cancellation of her last series, Creskoff met her husband Dr. Michael Glassner on a blind date arranged by her sister and was married in 2012 by the ocean in Tulum surrounded by close friends and family. She gave birth to their first daughter Sadie Edith Glassner on November 15th, 2012 and their second daughter Isla Rose Glassner on November 18th, 2016. She is also the mother of four step-children: Max Joseph, David Miles, Ilana Paige and Mackenzie Nicole Glassner. The family divide their time between Gladwyne, Pennsylvania, Longport New Jersey and New York City. They have three dogs, two cats and a fish named fish.