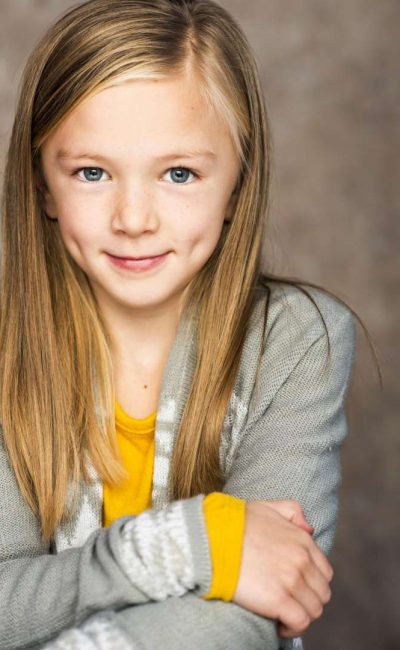 Paisley Cadorath was born Sept 20, 2011 in Winnipeg Manitoba. She is the younger of two children. Her older brother, Kowen Cadorath is also an aspiring actor and has always been a positive influence in his sisters life. Her parents, Cory Cadorath and Jenna Cadorath are both entrepreneurs and run there own business. Her mother is the founder of Bonbon Bark and her father owns two companies, One is in concrete and the other in decks and fencing. Paisley spent most of her years as a typical little girl would, playing with her dolls and bugging her older brother. Paisley took dance classes at a young age and loves Ballet and Jazz. Paisley started acting at 7 years old. In 2018 she enrolled in Expressions Film Studio in Winnipeg, Mb. Her uncle Matthew Stefanson has been a big influence in her acting career. He has been her teacher and coach. It was her uncles influence that led to her big break in her first film “Nobody” staring Bob Odenkirk, Connie Nielson and Gage Monroe. In Sept, 2019, Paisley received a call from her uncle about a role that she may be good for and thought she should audition. Paisley had never done an audition, let alone had any head shots made. She decided to go for it. A few weeks later she received a call back for a second audition. After Paisleys second audition a few more weeks went by and the phone rang. It was her uncle Matthew. He had heard that they were looking at Paisley for the role. That role was for Sammy Mansell in the action thriller “Nobody”.