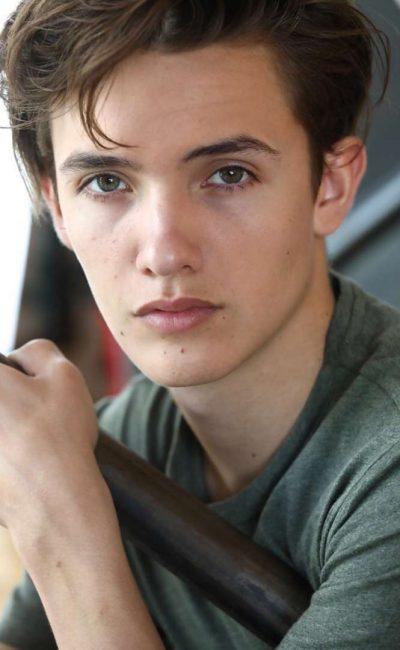 Noah Urrea is an American actor, singer, and dancer. He got his first break as a performer in 2011, when he appeared in Blake Shelton’s music video, ‘Honey Bee’. In 2013, Noah made his big-screen debut as Bailey McCoy in ‘Tyler Perry’s A Madea Christmas’, a role in which he acted and sang. In 2014, Noah appeared as Young Ryan Wade in ‘The Identical’- another role in which he sang. In ‘A Wake’ (2018), Noah played twins, Mitchel and Mason. For his portrayal of ‘James’ in the short film ‘Eleven’ (2014), Noah won the ‘Best Young Actor Award’ at the Action on Film International Film Festival. Noah’s television projects include, ‘The Kicks’ (Amazon), ‘Gortimer Gibbon’s Life on Normal Street’ (Amazon), ‘Fresh Off the Boat’ (ABC), ‘Nicky, Ricky, Dicky & Dawn’ (Nickelodeon) ‘Sam and Cat’ (Nickelodeon), ‘See Dad Run’ (Nick at Nite), ‘Children’s Hospital’ (Adult Swim), ‘The Fosters’ (Freeform), and the Nickelodeon pilots ‘Twang’ and ‘Like a Girl’. In 2012, Noah was one of Nickelodeon’s ‘Groundlings’, and he developed a talent for improvisational comedy. Music is another one of Noah’s passions. He has worked with several producers, writing and recording original songs. In March, 2017, he released his first EP, ‘Always.’ Noah has performed at the House of Blues, Avalon, the Troubadour, and many other venues in greater Los Angeles, and across the country. Noah enjoys giving back to the community. He has supported many fundraising events, benefiting charities such as End Malaria Now, the Los Angeles Mission, Goodwill Industries, the ASPCA Rock ‘N Roll L.A. Benefit, the ‘Hollywood Celebrity Toy Drive Extravaganza’, and ‘Rockin’ a Cure’, a concert to aid families affected by Cystic Fibrosis.