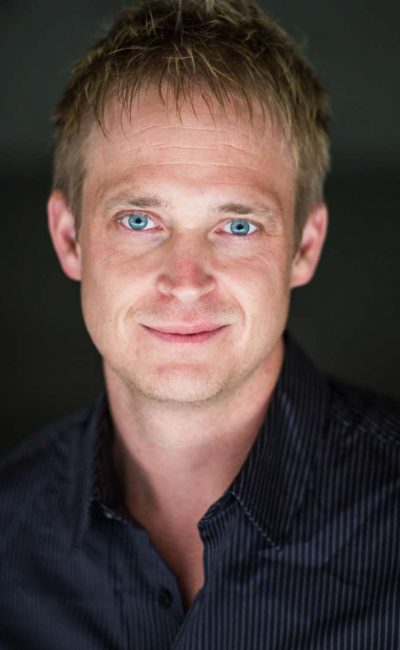 Born and raised in Sweden, Mikael did his first theatre appearance in a Christmas show at the age of six, and performance has been a major part of his life ever since. At age ten, he started doing theatre in a youth group at Vår Teater (Our Theatre) in Stockholm, and by fourteen he made his professional debut on a popular youth TV-show. In high school, Mikael majored in Science with fire fighting and rescue, but continued to pursue his passion for acting with active participation in a fringe theatre group. After high school he did his compulsory military service, before moving on to do a one year diploma course in acting at Folkuniversitetet in Stockholm. Mikael then made the move across the Atlantic to Santa Monica, CA, where he attended Santa Monica College and attained an AA-degree in Theatre Arts. Upon graduation he was accepted onto the Master program at Guildford School of Acting, where he studied with such esteemed performers as Sheila Allen, Paul Brennen, and Ian Ricketts. During his time at GSA, Mikael was awarded the Post Graduate Principals Award for his achievements. After graduation, Mikael moved back to Sweden and worked as an actor, starring in such projects as the international award-winning short film Reyounion (2012), among others. After a couple of years in Sweden it became clear that a return to Los Angeles would be the best move for Mikael’s career, so he returned in 2012, and became a permanent resident two years later. Upon his return to Los Angeles he continued his education and graduated from USC School of Dramatic Arts in 2015. During his time at USC, Mikael worked with and learned from prestigious professionals such as Michael Keenan, John DeMita, Andrew Borba, and Evgeniy Lazarev. Since graduating, Mikael has worked on such project as award-winning short films Under the Pieces (2017) and Mr. Bowling Ball (2018), as well as feature films Scariest Night of Your Life (2018), Sunnyfield Kids (2021), and Uma Noite Apavorante (2020).