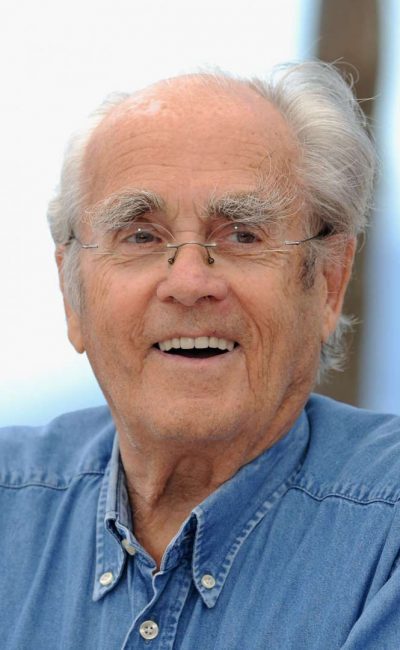 Michel Legrand is a three-time Academy Award-winning French composer, conductor and pianist who composed over 200 film and television scores as well as recorded over a hundred albums of jazz, popular and classical music. He was born on February 24, 1932, in Becon-les-Bruyeres, in the Paris suburbs, France. His father, Raymond Legrand, was a French composer and actor. His mother, Marcelle der Mikaelian, was descended from the Armenian bourgeousie. From 1942 – 1949 young Legrand studied piano at the Paris Conservatoire. There his teachers were Nadia Boulanger and Henri Challan among other renown musicians. He received numerous awards for his skills in composition and piano and mastered a dozen other instruments. In 1947 he attended a concert by Dizzy Gillespie and caught a jazz bug. He started working as a pianist for major French singers. He eventually collaborated with Dizzy Gillespie on several albums and film scores. In 1954 Legrand became an overnight star after his album “I Love Paris” became a hit, it went on selling over 8 million copies. He followed the success with such albums as “Holiday in Rome” (1955) and “Michel Legrand Plays Cole Porter” (1957). In 1958 he was invited to play at Moscow Festival of Students and Youth. There, in Moscow, he met his future wife, a young French model with who he went on to have three children. In the late 1950s and 1960s Legrand was caught up in the French New Wave. He scored seven films for jean-Luc Godard, he also made ten films with Jacques Demy, and became responsible for creating the genre of musical in the French Cinema. In 1963 Legrand did Os Guarda-Chuvas do Amor (1964), the first film musical that was entirely sung. For that film score he received three Oscar nominations. His beautiful, haunting melody, “I Will Wait For You”, received nomination for Best Original Song. In 1966 Legrand decided to take his chances in Hollywood, and moved to Los Angeles with his wife and three children. His friendship with Quincy Jones and Hank Mancini helped him a great deal, especially in meeting the lyricists Alan and Marilyn Bergman. In 1969 Legrand won his first Oscar for Best Music, Original Song for “The Windmills of Your Mind” and was also nominated for Best Music, Original score for a Motion Picture for Crown, o Magnífico (1968). Eventually Legrand went on to become a star in the US, he received twelve nominations for Academy Awards, and won two more Oscars. He was also nominated for a Grammy 27 times and received 5 Grammys in the 1970s. In the 1980s and 1990s Legrand continued giving live concerts with his own jazz trio. He also led his big band which he took on several international tours, accompanying such stars as Ray Charles , Diana Ross , Björk , and Stéphane Grappelli who celebrated his 85th birthday in 1992. He also recorded several classical albums, including an album with cross-genre hits entitled “Kiri Sings Michel Legrand” with the opera singer Kiri te Kanawa. During the 2000s Legrand has been working mainly in the studio, and also made several international tours. In 2005 a compilation of Legrand’s best known film soundtracks was released under the title “Le Cinema de Michel Legrand”, featuring 90 songs composed in the course of his career.