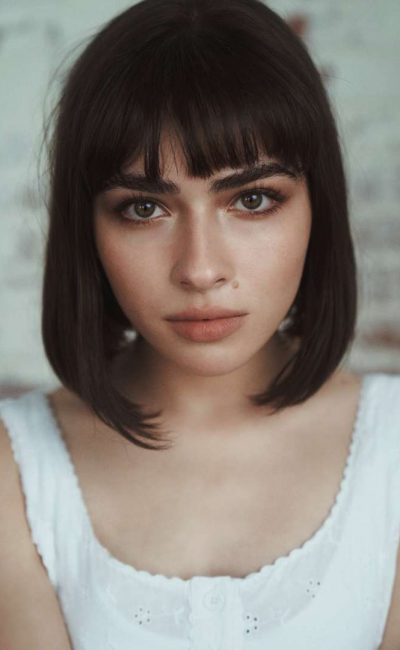 Melissa Ellen Collazo was born in Orlando, Florida to Puerto Rican parents. She is fluent in both English and Spanish. At the age of 8, she began hosting an entertainment segment as a “kid reporter” for the Spanish language Telemundo Network. Her segment was broadcast throughout Central Florida for several years. She made her film debut in Brian Herzlinger’s indie film ‘Lena and Snowball’ playing the lead role of Lena. Other projects she has worked on include the live-action reboot of The Little Mermaid, where she played a circus oddity, and the short film ‘One Man Hide and Seek’ as Ivy, a teenage girl who persuades her innocent best friend into performing a ritual by convincing her it’s just a game. She appeared in the DC Universe TV Series ‘Swamp Thing’ playing the teenage version of Crystal Reed’s character ‘Abby Arcane’. Forthcoming appearances include Chris Landon’s (Happy Death Day) upcoming Untitled Body Swap Thriller for Blumhouse where she plays “Ryler”. She has also been cast as Maeve Rojas, Brownyn’s younger sister, in the Peacock TV adaptation of Karen M. McManus best selling novel “One Of Us Is Lying”.