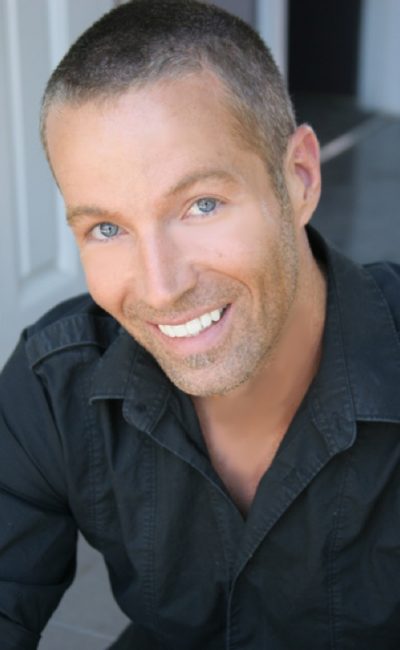 Mark S. Allen p.g.a., is a seven time Emmy Award winning television producer/host and is a writer/producer of the film APParition starring Mena Suvari and Kevin Pollak, and a producer of the films Notorious Nick (based on the true story of MMA champion Nick Newell starring Cody Christian and Elisabeth Rohm) and BallBuster (starring Jerry O’ Connell). He co-wrote and is a producer of the horror film franchise Fear Pharm and is co-director/writer/producer of the Eric Robert’s suspense-horror 616 Wilford Lane. He is host and is executive producer/host of the Emmy Award winning syndicated movie show Extra Butter TV. His TV career began with hosting the National show Scratch with Lisa Ling. He went on to win four Emmy Awards and was host of his own show Short Attention Span Theater for two years on Comedy Central. His movie show airs in 27 countries and 168 million homes worldwide both on AFN and Tegna owned ABC station. His segment on the YouTube channel SMOSH has 38 million views and growing. Mark has logged over 25,000 hours of live local television as well as visiting the sets of countless blockbusters all over the World. He has been Mark Zuckerberg’s guest at the Facebook campus on numerous occasions to host celebrity movie screening Q&As and has done the same for two California governors. He has a Guinness World Record for jalapeño pepper eating, and the local record for most bones broken on local TV; in fact, he defied recent great white shark attacks in the San Francisco Bay by swimming all the way from the Bay Bridge to the Golden Gate Bridge on live TV. His book 100 Things to do in Sacramento Before You Die is in bookstores throughout California and is an Amazon certified #1 new release. In 2017 he was awarded the Children’s Miracle Network “Person Of The Year” award for his ongoing efforts to raise funds for children’s hospitals. 2019 Emmy Award; broadcast television non-scripted interview-discussion 2018 Emmy Award “Morning Blend featuring London Essentials” 2017 Emmy Award for Extra Butter TV. 2017 won National ProMax award 2017 California Film Commission Person of the Year