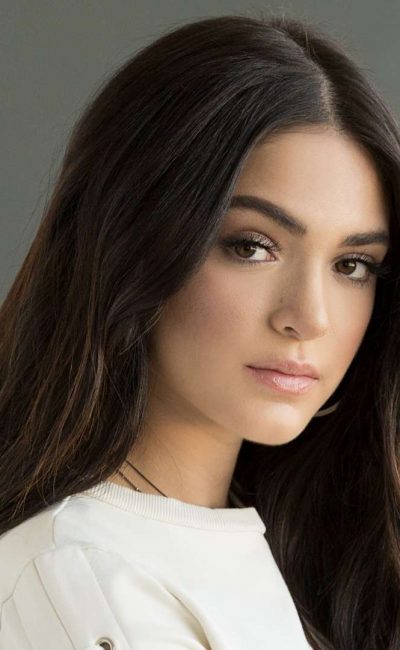 Actress and singer Luna Blaise a native of Los Angeles, is quickly making a name for herself in Hollywood with her dramatic acting chops. Born October 1, 2001 in Los Angeles, California, to Paul Boyd a director/writer and Angelyna Martinez a talent manager. Her father is from United Kingdom, born and raised in Glasgow, Scotland. Her mother Angelyna Martinez -Boyd is Hispanic with Jewish descent and hails from Texas. At a very early age her parents and family friends observed that Luna had a natural love for acting. As a child she loved creating characters to bring to life. She started working professionally at the age of five doing commercials and modeling, for national brands including McDonalds, KFC, Dunkin Hines, Target, Gap and Juicy Couture. In 2012 she made her film debut when she was cast as ‘Nina’ in Vladimir de Fontenay and Nina Ljeti’s independent film “Memoria”, based on the Palo Alto short stories by James Franco. Franco also served as Executive Producer. In 2014 Luna made her network television debut on ABC’s hit comedy “Fresh Off The Boat” in the recurring role of ‘Nicole’ the sassy next door neighbor of ‘The Huang Family’. In season four ‘Nicole’s’ coming out episode was dubbed a “Bingeworthy” performance of the week by Entertainment Weekly. She was also honored with a Young Artist Award for “Recurring Young Actress” in 2016 for her work on the show. In 2018 Luna was cast as series regular as ‘Olive’ in the hit NBC drama “Manifest” opposite Melissa Roxburgh and Josh Dallas. Created by Jeff Rake and executive produced by Robert Zemeckis, Manifest follows a group of people whose lives are forever changed when they take a turbulent, but routine flight, and passengers on board discover the world has aged five and half years upon their landing and the subsequent mystery that unfolds. The series is scheduled to return for its second season in early 2020. Outside of acting, Luna is a strong ally for equal human rights especially within the LGBTQ+ community and has partnered with GLAAD. She has quoted saying “love has no labels period.” Luna is a trained dancer and studied Russian ballet for ten years. She is also an accomplished singer/songwriter having independently released three singles “Over You” 2016, “Camera Roll” 2018 and “Secrets” 2018. Luna is an observer of life and quite private. Luna has her goals set to direct and produce one day and aspires to work with Steven Spielberg, Angelina Jolie and Guillermo Del Toro.