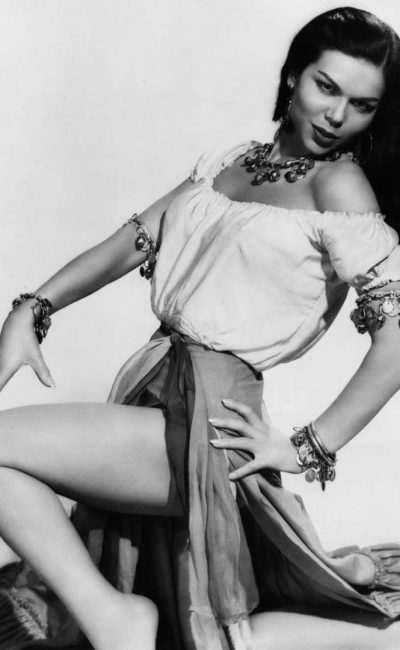 Billed as “the black-haired volcano”, sloe-eyed Laya Raki made international headlines in the 1950s, both on and off the screen. She was born Brunhilde Marie Joerns near Brunswick in Germany, the daughter of a German vaudevillian and circus artiste who earned his living with magic acts and acrobatics. Her Javanese mother left when she was five years old. Life was tough in the immediate aftermath of the war in occupied Germany and seventeen-year old Laya made ends meet by cashing in on the fad for erotic cabaret by performing striptease, initially at the Monte Carlo club in Berlin. With a solid background in ballet and having followed in her father’s footsteps as an acrobat, she found herself perfectly suited to performing all manner of exotic and alluring dances. She was even credited with introducing the Cuban mambo to German audiences. With her long dark mane and high cheekbones, sultry and curvaceous Laya became an overnight success and photographed well as a pin-up. In 1948, she adopted her stage name, primarily based on her admiration for the (sadly short-lived) Ufa star La Jana. With her new-found fame as Germany’s most popular night club performer came engagements in Scandinavia, Switzerland and Italy. Then film offers followed. Hamburg-based producer Walter Koppel was first to secure her services for the comedy Dançarina Infernal (1950), directed by Géza von Cziffra . There were several more pictures which showcased her hoofing and pirouetting skills, but nothing of note until 1953. A conman (bigamist and serial fraudster Arthur Howard Rowson, posing as big-time producer and director ‘Major Michael Howard’) effectively shanghaied Laya to London with offers of $500 per week and a personal contract. By the time she arrived in England, the German press had already begun circulating a story that she had been kidnapped. With her picture now in English papers, the penniless Rowson was quickly exposed and ended up ‘doing porridge’ at the Old Bailey. Fortunately for Laya (who was also without funds and unemployed), the old adage that pretty much all publicity is good publicity proved to be true. George H. Brown , a genuine producer at Rank, was on the lookout for an exotic-looking gal and was on hand to sign Laya for his upcoming picture Terra da Sedução (1954), being filmed at Pinewood Studios. The 22-year old would star opposite Jack Hawkins as the daughter of a Maori chief and perform a traditional dance. Since Laya had, as contemporary papers put it, “never been closer to New Zealand than the English Channel” local Maoris in Britain protested with their own war dance. That minor controversy notwithstanding, Laya went on to act and dance in other films, including the big budget MGM epic A Coroa e a Espada (1955), starring Robert Taylor. She also had leading roles in the Austrian romance Roter Mohn (1956) (by now almost typecast, as a gypsy dancer) and in the West German comedy Küß mich noch einmal (1956) . Publicity followed her everywhere. By the early 60s, Laya had been on the cover of Picturegoer, Parade, Vue, People and other magazines and postcards, usually wearing bikinis or other (trademark) revealing or scanty outfits. This all added to her popularity, as did a wardrobe malfunction in June 1961 at a hotel wine presentation during the Berlin Film Festival when her dress split open. With acting lessons under her belt, Laya guested in American TV shows, including Hawaiian Eye (1959), Tales of Wells Fargo (1957) and Os Destemidos (1965). Between 1963 and 1965, she provided the glamour element to Crane (1963), a British adventure series filmed partly on location in Morocco. In it, she was cast as Halima, a local dancer who works as bartender for the eponymous hero, played by Patrick Allen. She had few decent roles offered to her after that and she retired from the screen a year later in 1966. Until his death in 2005, Laya Raki was married to Australian actor Ron Randell. She appeared with him on stage in a 1971 Sydney production of “Come Live with Me”. Her second husband was Duane O. Wood, a former vice president of Lockheed International. 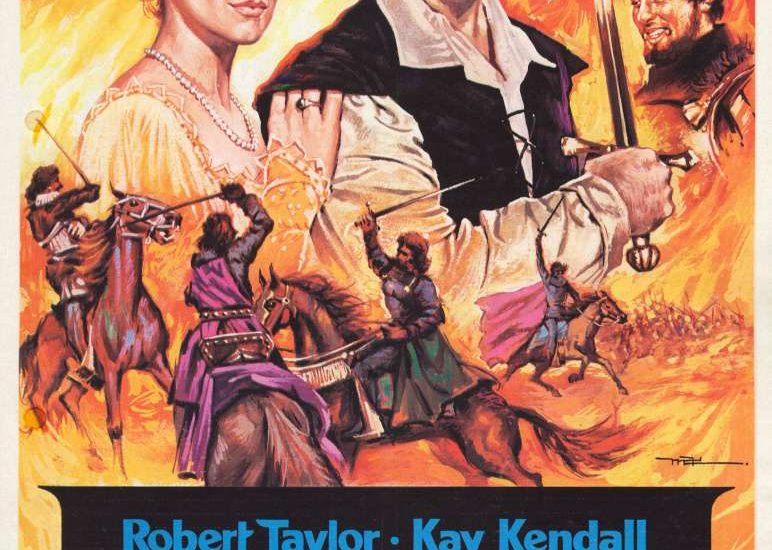