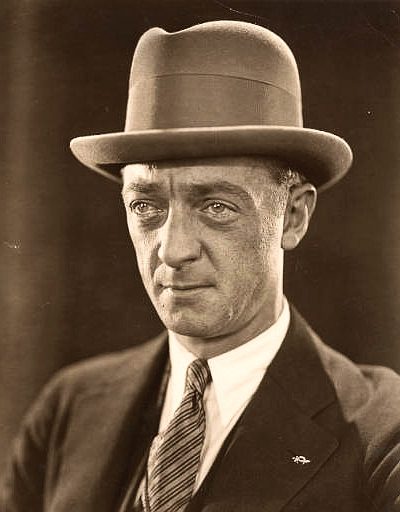 A former journalist who came from a show-business family–his mother was actress Lydia Knott–western specialist Lambert Hillyer entered films in 1917. After becoming a director, he soon teamed up with cowboy actor William S. Hart for a series of westerns that resulted in making Hart a star, for which the actor–an old-fashioned man who never forgot a slight or a favor–always gave Hillyer credit. Although he could never be considered a stylist, Hillyer often managed to inject his work with the kind of panache and a flourish that other, bigger-budgeted films lacked. The opening scene of Beau Bandit (1930), for example, consists of an eerily atmospheric shot of a posse emerging from a dark, foggy river crossing; it’s a somewhat Germanic touch in an otherwise undistinguished film. An incredibly prolific director, Hillyer didn’t confine himself to westerns, although they were the majority of his output. He turned out the stylish Dracula’s Daughter (1936) and the creepy and chilling The Invisible Ray (1936), both for Universal, and even managed to get in a few serials at Columbia, most notably Batman (1943). Hillyer, like so many B directors before him, finished out his career in television.