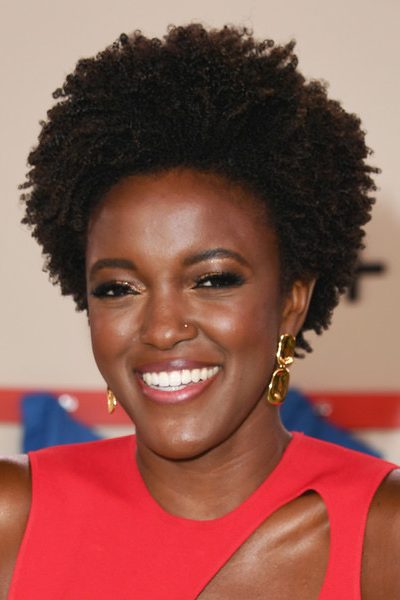 Krys Marshall has wasted no time establishing herself as a promising young actress, gaining respect and accolades for her hard work on the stage and screen. She can currently be seen in the AppleTV Plus series “For All Mankind” playing the role of Danielle Poole, an engineer and astronaut candidate. Krys can also be seen guest-starring in Season 4 of the CBS hit Drama “Bull”, Season 1 of the NBC’s Emmy-winning series “This Is Us”, playing opposite Sterling K. Brown, as well the Netflix reboot of the popular 80’s sitcom “One Day At A Time”, starring Rita Moreno and Justina Machado. Originally from Atlanta, Krys knew at an early age that she wanted to be a performer, and attended Pebblebrook High School’s magnet program for the Performing Arts, with a concentration in Drama. After receiving classical training at The University of North Carolina School of the Arts with a BFA in theatre, she began working in New York City, performing in Regional Theaters which included the McCarter Theatre Center, in Princeton, New Jersey, and abroad, at the Edinburgh Fringe Festival in Scotland, where she won top honors for “The Laramie Project”. Upon moving to the West Coast, her focus shifted from theatre to television. Her first role was in the CBS hit drama “Criminal Minds”, where she played “Vicki”, a runaway who helps detectives find a missing girl. Additional television credits include: “NCIS”, “How I Met Your Mother” and “All My Children”, as well as FOX’s “Dads” starring Seth Greene and “Touch”, starring Kiefer Sutherland. Krys also has a love for sketch comedy, and has appeared on “Jimmy Kimmel Live”, playing a variety of characters. In 2015, Krys starred in the Fox Digital mini-series “GONE: A Wayward Pines Story”, based on Blake Crouch’s Sci-Fi Trilogy, “Wayward Pines”. The series chronicles the events of a Secret Service agent (Matt Dillon), who goes to Wayward Pines, Idaho, in search of two federal agents who have gone missing in the bucolic town, but he learns quickly that nothing is what it seems, and he may never get out of Wayward Pines alive… When not working, Krys loves to travel, and has visited over 50 countries, across 5 continents. She is an advocate for underprivileged children, and is a mentor with the Young Storytellers Foundation, whose mission is to “inspire young people to discover the power of their own voice.” Krys currently resides in Los Angeles with her husband, and their two dogs, Duke and Murphy.