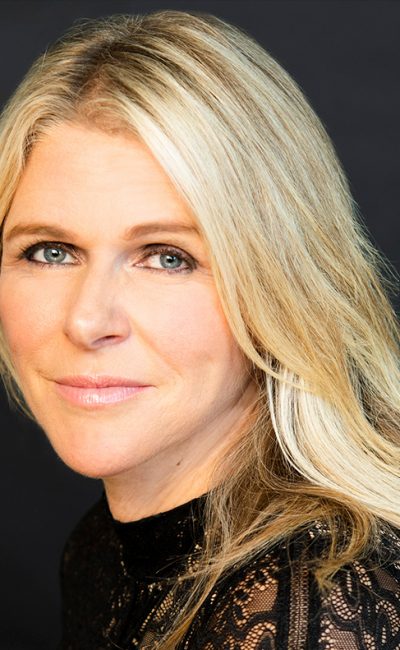 Kim DeLonghi, maiden name Kimberly Marlene Backman, was born in Pickering, Ontario and then was raised in Thunder bay, Ontario Canada in a middle-class family household. In 1982, her family moved just outside Toronto, Ontario Canada to Thornhill where she spent most of her upbringing before going off to university in Ottawa, Ontario studying English Literature. Her mother, Marlene Backman, worked in the banking industry, and whose family is originally from Thunder Bay and Winnipeg. Her father, now retired, worked in the commercial building field then owning his own Hardwood flooring company. Kim married her husband Joe DeLonghi, a successful business owner in the LED lighting space in 1993. She always knew she had a love for acting but it was not until she raised her three children that she was able to focus on her acting career. She began performing in small film and commercial productions, noting The Handmaid’s Tale as being one of her earliest breakout parts she was awarded. She then went on to film New Years Kiss with Erin Karpluck, Beyond the Law with Steven Seagal and DMX and the upcoming 10 Double Zero with Nicholas Cage. This not only gave Kim the acting experience she was looking for but also the opportunity of executive producing projects. Not only has Kim’s acting presence increased as of late but also her production company K Productions has been gaining strength in the industry with pre production projects moving forward throughout 2019 and 2020 seasons. When not acting, she travels for pleasure and to broaden her knowledge on acting and producing. Her other interest is design and architecture from around the world, that helps her in her own property building projects that she does in Canada and the United States. She spends her time between Toronto and Los Angeles, acting and producing in film and TV.