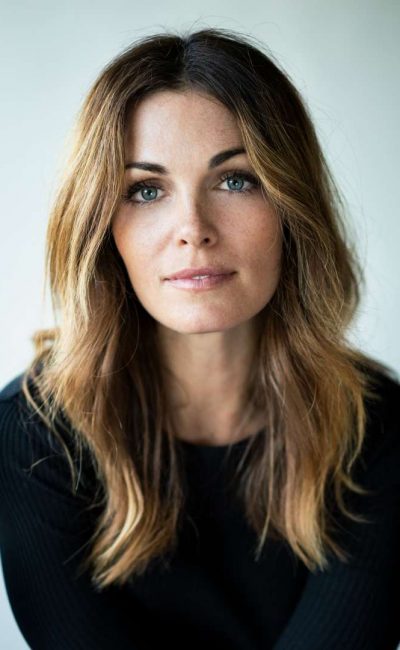 Kate French was born in Flemington, New Jersey, and raised on Long Island with her two brothers. Her parents, Joan and William Robinson “Rob” French, were both fashion models. Following in her parents’ footsteps, French pursued a career in modeling up until her senior year of high school but always had a passion for acting. French first appeared on the big screen in 2006 with a small role in the film Accepted, and later had a starring role of Brooke Crawford in the prime-time soap opera telenova Wicked Wicked Games (2006) which was French’s first appearance on the small screen. In 2007, French landed her breakout role when she joined the cast of The L Word (2004) playing closeted lesbian actress and girlfriend of Jenny Schecter, Niki Stevens, appearing in seasons 5 and 6. French also appeared in South of Nowhere (2005) as Sasha Miller, a love interest of Aiden Dennison. French then appeared in two episodes of the teen drama Gossip Girl: A Garota do Blog (2007) as Elle, a mysterious nanny. Roles in other television series’ including CSI: Miami (2002) and Lances da Vida (2003) soon followed. In 2009, French played a supporting role in the independent horror film Sutures (2009) and then a leading role in the independent romantic comedy A Linguagem do Coração Partido (2011) directed by Rocky Powell. French had a supporting role in the rock musical film Girltrash: All Night Long (2014) playing the role of Sid, a party girl and aspiring actress. French then starred alongside Jason Ritter in the short film, Atlantis, a romance film centered around two strangers who fall in love in the lead up to the final launch of the NASA space shuttle Atlantis and also has a leading role in the independent thriller The Red House (2014). French then had a supporting role in the independent film De@th on Live (2013). French has a role in the upcoming independent feminist film Farah Goes Bang (2013).