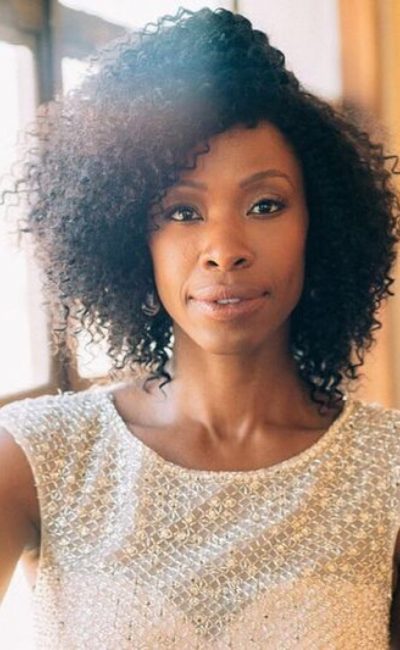 Karimah Westbrook is an American television and film actress. After crashing an audition and snagging a role in the Paramount box office hit Save the Last Dance (2001), she has never looked back. A Chicago native, the youngest of two, Westbrook was inspired by actress Whoopi Goldberg growing up. After falling in love with the theater, she realized she had a strong desire to perform and decided to pursue an acting career. She attended schools such as The Academy of Dramatic Arts-West. Westbrook earned recognition for her performance as Ginnie in the Sony Classics critically acclaimed bio-pic Baadasssss! (2003) opposite actor/director Mario Van Peebles. Baadasssss! (2003) was voted “One of the Best Movies of the Year” by Ebert and Roeper. Since moving to Los Angeles, the Chicago native has amassed an impressive list of T.V. and film appearances, including supporting roles in The Rum Diary (2011) opposite Johnny Depp, Bolden (2019), a Jazz bio-pic where her character Alice Bolden ages from her 20’s to her 50’s, and American Violet (2008) opposite Oscar nominee Alfre Woodard. Always up for a challenge, Westbrook learned to speak Mandarin Chinese when she worked opposite international film star Sylvia Chang in the award winning festival hit American Fusion (2005). A firm believer in creating her own opportunities,Westbrook talents extends to writing and producing. Her first film production, a short drama entitled Best Kept Secret (2006), became a finalist in the ‘Lens on Talent (2009)’ filmmakers competition. Since then, Westbrook has produced projects such as A Fire in a Dovecot (2010), Watts and Volts (2009), and Pastor Stuart (2009) . Just as she finds it essential to explore every aspect of her talent, Karimah also believes in giving back. Dedicated to giving back to her community, for several years Karimah served as a mentor for A Place Called Home – a youth center in Los Angeles that helps young adults in the inner city to find success and self reliance. She remains on the center’s Leadership Council who’s mission remains the same. Whether she is writing, producing, or giving back, this gifted actress has a powerful and captivating way of delivering a performance.