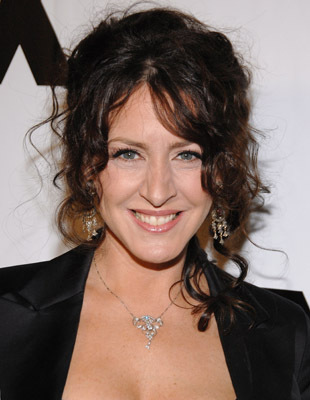 In Joely Fisher’s recent unflinching memoir, she comes clean and bares her soul about growing up in what she describes as “The Fishbowl”.Daughter of Hollywood legendary crooner Eddie Fisher and entertainment icon Connie Stevens, Joely was raised in the Los Angeles area educated in a dozen LA schools…continuing on to the Universite due Paris/Sorbonne and Emerson College in Boston. From the time she hit the boards in the multi-purpose room in her catholic elementary school musical, Mama said, “I couldn’t stop her with a train” Triple threat, Joely Fisher stands out as a star of television, musical theatre, and motion pictures. Her “sensational and sexy” turn as Sally Bowles in Sam Mendes and Rob Marshall’s critic darling revival of “CABARET” on Broadway as well as the National touring company earned her rave reviews. Joely made her Broadway debut as “Rizzo”in “GREASE!.” However, it was her 5 seasons as “Paige Clark ,”Ellen’s best friend ,the monstrously ambitious, seductive Hollywood executive on the historic and groundbreaking ABC show, “ELLEN,” that introduced her to television audiences around the world, and earned her a Golden Globe nomination. She next starred opposite John Goodman in FOX’s series “NORMAL,OHIO” playing the hilariously fascinating combo of a young caring mother who just happened to be a “bit of a slut.” She spent two seasons starring in her own series “WILD CARD” for LIFETIME. In 2005, Joely joined the cast of the hit television series “DESPERATE HOUSEWIVES” where she played Felicity Huffman’s tough and very complex boss Nina Fletcher. Fisher then returned to television opposite Brad Garrett for four seasons in FOX’s”‘TIL DEATH.” Their incredible chemistry kept audiences rolling with laughter. Next, Joely reoccurred on ABC’s “LAST MAN STANDING” opposite Hector Elizondo Joely’s film credits have placed her opposite some of the finest actors in film, like Jim Carrey in “THE MASK,” Steve Martin in “MIXED NUTS,” and Nick Nolte in “I’ll DO ANYTHING.” Her crowning achievement to date was starring with Matthew Broderick in the $100 million-grossing Disney film “INSPECTOR GADGET.” She is a stand out in such indie films as “PERFECT PREY”, “SLINGSHOT”, “KILLING WINSTON JONES” and “SEARCH ENGINES”.Recently seen in…”Tribes of Palos Verdes” opposite Jennifer Garner as well as “The Disappointments Room” and “By the Rivers of Babylon” Her television movies include the lead in NBC’s “THIRST,” Showtime’s, “JITTERS,” and ABC’s “SEDUCTION IN A SMALL TOWN.” and “CUPID” for HALLMARK. No matter how much the focus of her career seems to be acting, the underlying accompaniment throughout is her love of singing and performing. She tells the tale of sleeping in the orchestra pit during one of mother CONNIE STEVENS’ performances and By 12 she was singing all over the world, including a USO tour with Bob Hope during the Persian Gulf War, which led to her performance for President and Mrs. George H. W. Bush at the Kennedy Center. Joely has written, directed and performed multiple one-woman shows .She was even featured at a young age on the Tony awards, the Academy Awards, and was Miss Golden Globe. In recent years Ms. Fisher has embarked on a directing career ranging in television shows, “SUNSET FEVER” a black comedy short as commentary on reality television and the Hollywood family, to the socially conscious PSA campaigns for IFAW the International Fund for Animal Welfare and for Welcome.US an organization started by Bill Gates and Mark Zuckerberg on Immigrant Heritage. Her first music video, “Sonte” by European artist MIRUD has a million views and she is on a short list of women called upon to direct multi-camera television for the Disney Channel and this year will make her feature directorial debut with “Oliver Storm” a family adventure film. Joely hopes to continue on this path and give the world delicious and compelling stories and lead the pack of women who make change in the world. In her book she also writes in gut wrenching detail how the sudden loss of her sister, Carrie Fisher, inspired her creativity and the recognition that she could indeed write. Joely has been married more than 2 decades to cinematographer and director Christopher Duddy. Together they have five children Cameron, Collin, daughter Skylar Grace born in June 2001, True Harlow 12 yrs old and in 2008 they adopted Olivia “Luna “ 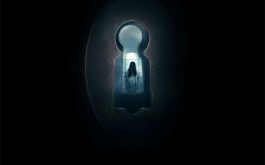