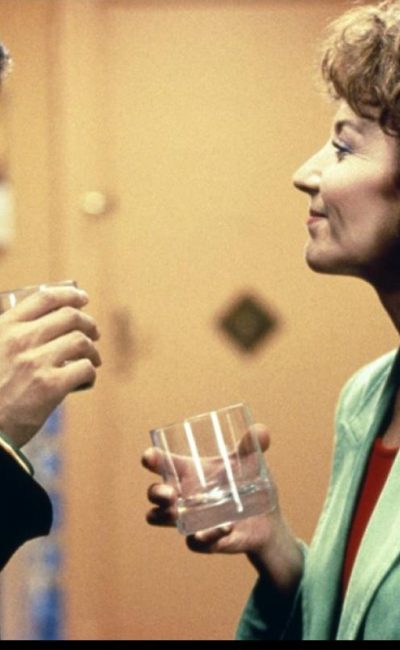 Born in Córdoba, he later moved to Madrid. There he started to study dance at the age of 12. When he was 15 years old, he joined the ‘Ballet Nacional de España’ (Spanish National Ballet) and reached the soloist category. With this company he travelled all over the world and acted in theatres like the Metropolitan Opera House in New York and the State Kremlin Palace in Moscow. After leaving the ‘Ballet Nacional’, he participated in a series of shows together with stars like Maya Plisetskaya, Silvie Guillem, and Peter Schauffuß, and collaborated with different companies and shows as a guest star or choreographer. Among these works were the choreography of ‘Carmen’ in Verona, his participation in the ‘Tokyo Summer Flamenco Festival’, several shows at the New York Lincoln Center and his participation in the edition of ‘Don Quijote’ together with the ‘Caracas Ballet’. In 1992, after a performance at the Champs Elysées Theatre in Paris, he created his own ballet company: ‘Joaquín Cortés Ballet Flamenco’. With his first show with this new company, ‘Cibayí’ was also presented in Japan, France, Italy, Venezuela and the USA. Pedro Almodóvar made him debut in cinema, with a role in his film A Flor do Meu Segredo (1995). Later, he repeated his cinema experience with Flamenco (1995), a film that put together the top flamenco stars of the moment. His second show, ‘Pasión Gitana’, was released in 1995, with the participation of Giorgio Armani as the costume designer. This show has been seen by more than one million people, and it was the first dance show to close the prestigious ‘Spoleto Festival’ (Italy) after its 48 years of existence. In 1996 Joaquín started his first tour across the USA, where he was, among other places, in the Radio City Music Hall (New York) and the Universal Amphitheatre (Los Angeles). In 1997 he made a music album with his own group ‘The Gipsy Passion Band’, in which he participated as musical concept director and percussion collaborator. In 1998 ‘Pasión Gitana’ was presented in the festivals of Sydney, Tokyo, Canada and New York. In 1999 he presented his third show: ‘Soul’. In 2000 he was the first actor in the film _Gitano (2000)_. In 2001 he presented his fourth show, ‘Live’, including several choreographies from ‘Cibayí’ (1992), ‘Pasión Gitana’ (1995) and ‘Soul’ (1999).

A Flor do Meu Segredo