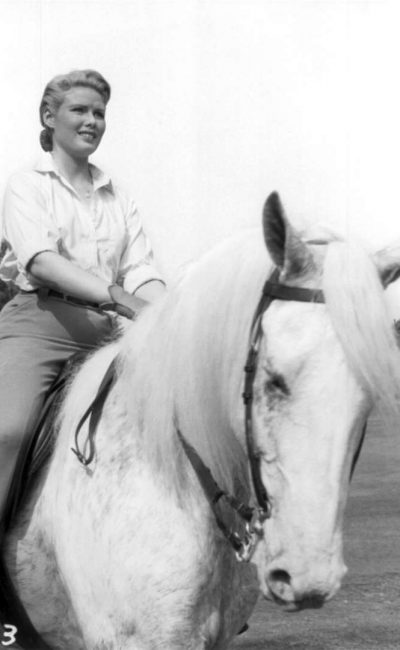 Born in Cuero, Texas, Jo Morrow was still a baby when her parents took her to San Diego, where her father worked in aircraft manufacture and her mother encouraged Jo’s acting aspirations. Entering a “Be a Star” contest which Morrow feels started out as a sham, she actually won a 20th Century-Fox contract (film-debuting in Gary Cooper’s A Casa das Amarguras (1958)), and from there moved to Columbia. The 1964 birth of a deaf daughter forced Morrow to choose between movies and motherhood; the latter won out, although she made a comeback of sorts in 1970s exploitation fare like Doctor Death: Seeker of Souls (1973) and Le dernier pénitencier (1973).