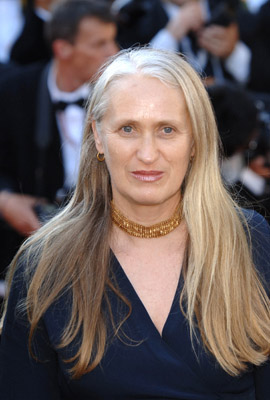 Jane Campion was born in Wellington, New Zealand, and now lives in Sydney, New South Wales, Australia. Having graduated with a BA in Anthropology from Victoria University of Wellington in 1975, and a BA, with a painting major, at Sydney College of the Arts in 1979, she began filmmaking in the early 1980s, attending the Australian School of Film and Television. Her first short film, Peel (1982) won the Palme D’Or at the Cannes Film Festival in 1986. Her other short films include Passionless Moments (1983), Histoire de jeune fille (1986), 0086858 and the telefeature _2 Friends (1986) (TV)_, all of which won Australian and international awards. She co-wrote and directed her first feature film, Sweetie (1989), which won the Georges Sadoul prize in 1989 for Best Foreign Film, as well as the LA Film Critics’ New Generation Award in 1990, the American Independant Spirit Award for Best Foreign Feature, and the Australian Critics’ Award for Best Film, Best Director and Best Actress. She followed this with An Angel At My Table (1990), a dramatization based on the autobiographies of Janet Frame which won some seven prizes, including the Silver Lion at the Venice Film Festival in 1990. It was also awarded prizes at the Toronto and Berlin Film Festivals, again winning the American Independent Spirit Award, and was voted the most popular film at the 1990 Sydney Film Festival. The Piano (1993) won the Palme D’Or at Cannes, making her the first woman ever to win the prestigious award. She also captured an Academy Award for Best Original Screenplay at the 1993 Oscars, while also being nominated for Best Director.