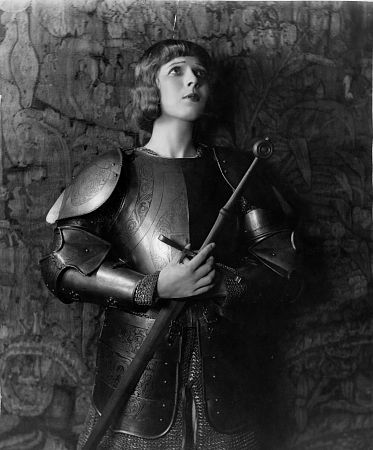 Effervescent, blond star of sophisticated Broadway comedy in the 1920s. Born Ina Fagan, of Irish descent, she lost her father in a car accident four months before she was born (a CAR ACCIDENT in October 1893?!) Without a breadwinner in the family, she was forced to live in a boarding house with her mother. From earliest childhood, she displayed a precocious talent for impersonating other people, which eventually led to her abandonment of school (Holy Cross Academy) at age 17 and her entry into the world of vaudeville. Performing under her mother’s maiden name as an imitator of established stage performers made her a popular name in revues on both sides of the Atlantic. Ina’s first extended run on the stage (more than a year) was as Prudence in the 1911 musical “The Quaker Girl”, where a very young F. Scott Fitzgerald became enamoured with her. In 1915, she appeared in the Ziegfeld Folies, and in the following year, had her first major hit as the titular heroine in the comedy “Polly With a Past” at the Belasco Theatre. Between 1919 and 1928, Ina Claire was almost continuously employed in one theatrical success after another in comedic plays penned by the likes of S.N. Behrman, W. Somerset Maugham, Anthony Trollope and T.S. Eliot. She had huge hits in the title role of “The Last of Mrs. Cheyney” (1925) and, as Lady Grayston, in “Our Betters” (1928). Her curtain call was as the star of “The Confidential Clerk” in 1954, at the Morosco Theatre. John Mason Brown, writing for the New York Post (December 13, 1932) called her “the ablest comedienne our theatre knows”. Immensely popular with audiences and critics alike, she was noted for her deft delivery, her wit and charisma and for her elegant, stylish costumes and coiffure. She also had the ability to carefully select her roles to suit her special talent for sophisticated high comedy (though in later years blaming producers for typecasting her and not allowing her the opportunity to shine in dramatic parts). Regardless, Ina Claire has long since been inducted into the American Theatre Hall of Fame. Her screen career, brief as it was, seemed desultory – possibly because Claire regarded film making as ‘a director’s art’. She reprised the role she had originated on Broadway in 1922 in her first talking picture The Awful Truth (1929), but, like many other early talkies, the film turned out decidedly static and ponderous. It was successfully remade by Leo McCarey in 1937 with Irene Dunne in the Claire role. Ina was then slated to play the lead in “Holiday” , an adaptation of a play by Philip Barry, but the nine months remaining of her contract with Pathe proved insufficient and Ina was paid $55,000 instead to settle the contract. Paramount picked up the option of signing her for The Royal Family of Broadway (1930), spoofing the private lives of the Barrymore dynasty. Claire essayed a very good likeness of Ethel Barrymore – in fact, it annoyed the real Ethel enough to threaten legal action against Paramount. Another eight years elapsed until Ina offered a glimpse of her Broadway panache in the classic comedy Ninotchka (1939) as Greta Garbo’s elegant nemesis, the Duchess Swana. Her last film role was as the mother of movie debutante Dorothy McGuire in the domestic comedy Claudia (1943). An intensely private person, Ina Claire successfully shunned the limelight, except for the duration of her much-publicised, and brief, marriage to fading star John Gilbert (on the rebound from Garbo). She died at age 91 of a heart attack in San Francisco, California on February 21, 1985. She was buried at Mount Olivet Cemetery in Salt Lake City, Utah.