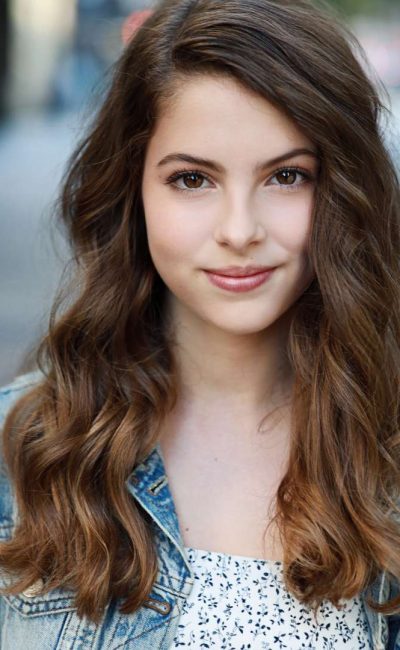 Born Maria Grace Schneider March 21, 2005 in Sydney Australia. Grace lived in Sydney, Frankfurt, Germany and London, England until she was 13 when she moved to Atlanta, Ga. First discovered by director Catherine Hardwicke for the role of Young Jess in the feature film “Miss You Already” when casting agents came to her school in London looking for an American girl to play the role. She is also known for her roles in London’s West End. Olivier Award nominated Musical “Show Boat” as Young Kim and also Andrew Lloyd Webber’s Olivier Award winning smash hit musical “School of Rock” where Grace originated the role of Sophie and also played Summer and Marcy. Grace can be seen as Laura Martin in the ITV/Amazon TV series Vanity Fair. She also has commercial and modeling experience as well as other remarkable experiences including recording an album at Abbey Road studios, singing a solo at a Lily Allen concert, performing on the catwalk at London Fashion Week, and guest performing on the X-Factor and Pride of Britain Awards.