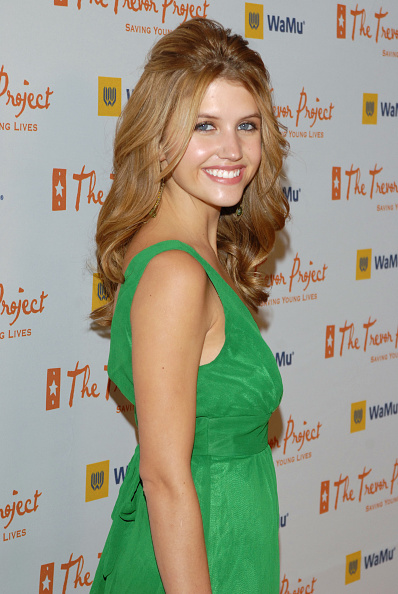 Gabrielle grew up in Maryland, where she began performing in regional theater and school musicals. She landed her first television series during her sophomore year in high school, playing Kate Bosworth’s sister on the WB’s hit series, Young Americans (2000). After studying theater at the University of Pittsburgh she moved to Hollywood. Most notable for her leading role of “Spencer Carlin”on The N’s hit television series, South of Nowhere, Gabrielle’s long-standing character on this award-winning teenage drama turned her into a recognizable face on the small screen. She has since guest starred on various major television series, including House, CSI: Miami, Hawaii Five-0, Numb3rs, The Middle, and Drake & Josh. She’s also played supporting roles in several independent films, including American Gun, South of Pico, Girltrash: All Night Long, Jersey Shore Shark Attack, and recently starred in TV movie Love’s Second Chance (2020). In addition to being in front of the camera, Gabrielle also jumps behind it. In 2014, she produced and starred in Breaking Chains, a short film about a young woman’s fight to survive the harsh realities of human trafficking in America. She was awarded Best Actress for this performance by the Pasadena International Film Festival that same year. Gabrielle continues to advocate for survivors of human trafficking as a spokesperson for FAIR Girls. She also remains active in the LGBTI community in honor of her role on South of Nowhere, most recently attending LOVE Fan Fest in Barcelona (2018) and ClexaCon in Las Vegas (2017). When she’s not acting, Gabrielle’s greatest passion is climbing mountains around the world. In 2016, she embarked on a three year hiatus to travel the world with her husband and their dog Izzy. Together, they have conquered various peaks in the Sierra Nevada, summited Kilimanjaro, trekked the Camino de Santiago Frances, and spleunked to the depths of the largest cave in the world Son Doong.