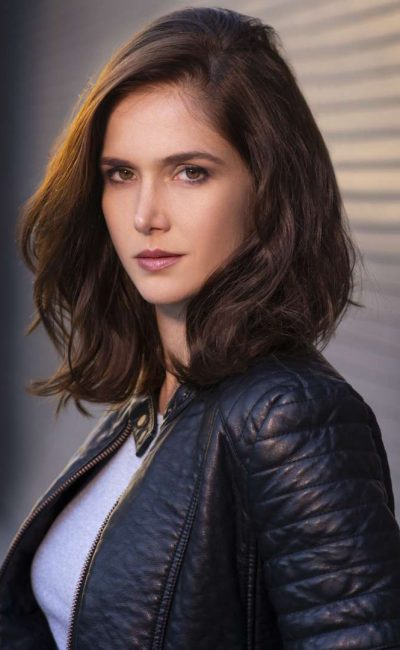 Gabi Spaciari was born in Brazil, graduated on Acting at UNICAMP (University of Campinas, São Paulo) . She plays Camila in the feature film “Fora de Cena” (São Paulo, 2020), sharing the scene with names like Douglas Silva and Naruna Costa. She is also the leading role in the feature film “Um Caso do Outro Mundo” (São Paulo, 2019), together with Nivea Maria and Glauce Graieb. In Los Angeles produced and acted on the short film “Broken Hills” (2020), directed by Edmilson Filho and in competition at Los Angeles Brazilian Film Festival. She was also at the film festival in 2019, with the short film “No Strings Attached”, which also got nominated Best Short at Great Lakes Film Festival, both are in the United States. Also produced and acted on the play “Paisaje Marino con Tiburones y Bailarina”, in Spanish, written by Don Nigro. The show ran for a month, at the Hollywood Fringe Festival in 2018. She grew up doing theater and was on a variety of plays, such as: “Killer Joe”, written by Tracy Letts and directed by Mário Bortolotto. The show got 4 stars by Folha de São Paulo’s critics; “A Midsummer’s Night Dream”, directed by Neyde Veneziano; “No Ar”, awarded the Government Prize “PROAC Primeiras Obras”, touring around 5 cities in São Paulo state. She is also the lead role in the short films “Aluga-se”, directed by Caue and João Nunes, and “Vermelho” by Guily Machovec, which won Top Short at NY JAZZ Film Festival 2016. Also worked on TV-commercials for brands such as Duloren, PEPSI, KandyPens Goodyear, Pósitron, SuperBonder, Pioneer, Óticas Carol, UberEats, Walmart, and the music video “One Last Time” by the Brazilian DJ FTAMPA, and the Canadian singer Maggie Szabo.