Fala Chen was born in China and raised in Atlanta, GA, USA. A recipient of MFA in Drama from The Juilliard School, Fala’s mother tongue is in Mandarin, but she is known to be multilingual, and can speak fluently in English, Cantonese, and Japanese as well. Some of her notable TV and film work include her lead roles in Heart of Greed (2007), Steps (2007), Moonlight Resonance (2008), Turning Point (2009), No Regrets (2010), Triumph in the Skies 2 (2013), Will Power (2013), Tales from the Dark 2 (2013), and Despicable Me 3 (Cantonese) (2017). Her latest film, The Treasure, is pending release and was directed by Gordon Chan and Ronald Tsang. Her debut on the theatre stage came in summer 2016 with Skylight – the premiere of Chinese adaptation of the 1995 British play by David Hare that debuted in West End and Broadway. The play was scheduled to run for 24 shows at the Lyric Threatre HKAPA, and due to overwhelming responses, 11 additional shows were added, making that a total of 35 shows running across 1 July 2016 to 14 August 2016. Starring alongside Dayo Wong and Terrance Lau, Skylight was sold out within a few hours, and it received raving positive reviews including praises for Fala’s performance as a theatre actor. Fala is the spokesperson for Olay in China, Hong Kong and Taiwan. She is also the Ambassador for Hong Kong Cancer Fund’s Pink Revolution Campaign, promoting awareness on breast cancer. 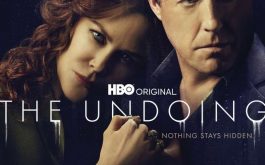