Goldmann was born into a family of artists. The father was a painter, whilst her mother, who was likely to become a successful concert pianist, resigned to her career in favour of her family. She had piano lessons from age 4-14. After being trained at Helmut Kraus’s Drama School, Erni Mangold performed from 1946 to 1956 at Vienna’s Theater in der Josefstadt. From 1955 to 1963, Gustaf Gründgens engaged her for Deutsches Schauspielhaus in Hamburg, afterwards she appeared at the Düsseldorfer Schauspielhaus under Karl Heinz Stroux. From 1972, she worked at Salzburg Mozarteum, later she taught in the Helmut Kraus’s Drama School and at the Max Reinhardt Seminar, and from 1984 to 1995 she was professor at University of Music and Performing Arts, Vienna. From 1958 to 1978, she was married to German actor Heinz Reincke. One of her best-known roles was the mistress of Hanussen, in the 1955 film of the same title. Erni Mangold lives, as of 2011, in Sankt Leonhard am Hornerwald, a little town in Waldviertel, Lower Austria. In 2011 she published her memoirs, titled “Lassen Sie mich in Ruhe” which might be translated by colloquial “Get off my back!”.

Um Vampiro no Divã (Therapy for a Vampire) - trailer legendado 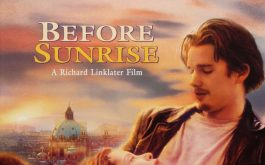 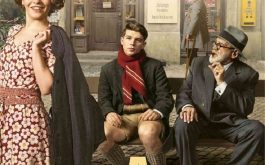