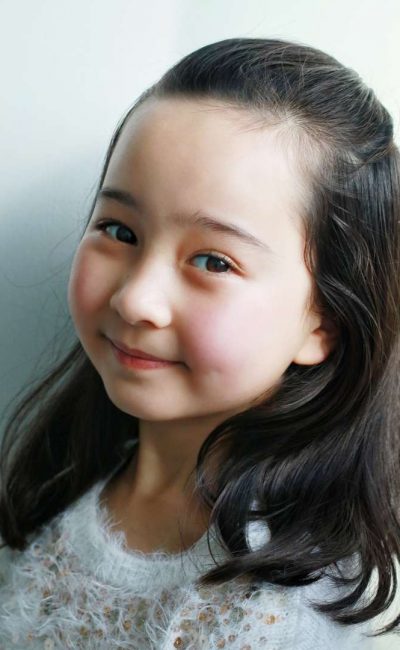 Elena Cai also known as Elena Askin was born in Beijing in 2010. She is the younger sister of Sophia Cai (Shuya Cai) who is known for being Meiying in the 2018 blockbuster movie “The MEG”. Elena started her performance since she was around 3-yrs-old on the Chinese TV kid programs along with her older sister Sophia. In 2015, Elena was selected by a reality show “I Love Kindergarten” in their pilot season, and soon became one of the most popular kids from it. Her first acting role was in an internet movie named “The Noob Death” in 2016, Elena acted as an innocent but heart-breaking little ghost, who enlightened the whole film. In 2017, she was cast as young Nancy (Xixi) in Jackie Chan’s Sci-Fi action Movie “Bleeding Steel”. In 2018, she was landed a role in Disney adventure drama “Mulan” as young Hua Xiu, Mulan’s sister, which was released in March 2020. In 2019, Elena landed her first leading role in a Hong Kong movie “Knockout”, and the director Roy Chow showed highly praise on her contribution to this movie. Elena can speak fluently in both Chinese and English, and residents in Auckland right now with her beloved family.