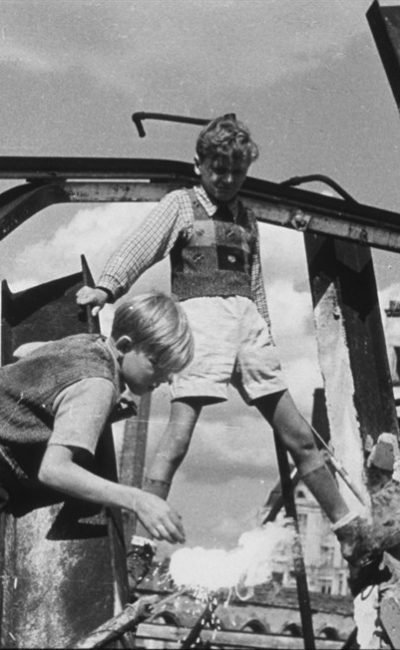 One film acting but an important one that cemented a young boy’s career to cinema eternity. Edmund Moeschke, a non-professional actor who had the starring role in Roberto Rossellini’s Alemanha, Ano Zero (1948) was sufficient enough for him to make an impression on audiences around the world. As the young Edmund Köhler, a kid who faces several life adversities in the post WWII Germany, Moeschke captivated and attracted the attention of critics and film buffs who were compelled by his dramatic acting and the character he played in Rossellini’s film – a post war trilogy composed with other films such as Roma, Open City (1945) and Paisà (1946) – all part of his Neo-Realistic movement where the majority of the cast were composed by amateur actors to provide a more realistic approach of storytelling. Moeschke was part of this movement, composing a powerful and memorable character but unlike many of his contemporaries who worked with Rossellini – some made a few more films, he vanished from screen to never return, and he was never heard of again.