One Hollywood stalwart whose screen incarnations more than lived up to his name was bald-domed character actor Donald Meek, forever typecast as mousy, timorous or browbeaten Casper Milquetoasts. He stood at 5 ft. 6 in. in his boots and weighed a mere 81 pounds. However, the little Glaswegian’s personal history rather belied his gormless image on the silver screen. By the age of fourteen, Donald had joined an acrobatic team (“The Marvells”) on the piano wire as a top mounter. He accompanied the troupe on their tour of the U.S. but sustained several compound fractures in a fall and had to quit. After spending six months on crutches, he joined the U.S. 6th Pennsylvania Regiment and saw action in the Spanish-American War in Cuba, where he was wounded and lost his hair after a bout of yellow fever. This did not deter him from re-enlisting at the onset of World War I. He went on to serve with the Canadian Highlanders as a corporal, but, to his consternation, never got any further than Toronto. Donald had been infatuated with acting since early childhood. At the age of eight, he first performed publicly in the comic pantomime “Le Voyage en Suisse”. Later, he toured Australia, South Africa, India and England in “Little Lord Fauntleroy”. During his wartime sojourn in Cuba, he learned to “listen to those Yankees” and imitated their manner of speech, losing his Scottish accent in the process. When he was forced to abandon his career as an acrobat, he devoted more time to acting with various traveling stock companies and in New York. He made the first (of many) appearances on Broadway in 1903. Until the late 1920’s, Donald remained quite gainfully employed in droll comical roles. Having flirted with screen acting since 1923, he made the move to the celluloid media by the end of the decade. Filmed at Warner Brothers Eastern Vitaphone Studio in Brooklyn, he found himself an unlikely star, as amateur sleuth Dr. Amos Crabtree in The Clyde Mystery (1931), the first of eleven detective two-reelers, averaging just over twenty minutes in length. In 1933, Donald and wife Belle moved to Hollywood. Moving from studio to studio (his only long-tern tenure was at MGM from 1940 to 1944), Donald Meek quickly emerged as one of the most prolific, sought-after character players in the business. Invariably, he was respectability personified, all prim and proper. The role of eccentric toy maker Mr. Poppins in You Can’t Take It with You (1938) was specially written for him. Other memorable performances included the nervy little whiskey salesman Samuel Peacock, losing his samples to Thomas Mitchell in Stagecoach (1939) (“the cutest coach rider in the wagon”, according to a New York Times review); shady gambler Amos Budge in My Little Chickadee (1940); Mr. Wiggs thinking himself to sleep in Mrs. Wiggs of the Cabbage Patch (1934); the eccentric little bee-keeper Bartholomew, helping the crime fighting exploits of Nick Carter, Master Detective (1939); and the intoxicated food taster and mince-meat enthusiast Hippenstahl of State Fair (1945). On odd occasions, Donald managed to step out of character, notably as the courageous Scottish prospector McTavish standing up to the villains of Barbary Coast (1935); scene-stealing, as miserly financier Daniel Drew in The Toast of New York (1937); as a rather loony citizen determined to collect a reward by unmasking Edward G. Robinson in The Whole Town’s Talking (1935); or as tough railroad executive McCoy in Jesse James (1939) and The Return of Frank James (1940). Donald Meek crammed more than 120 screen roles into a mere one and a half decades. His performances were consistently a joy to watch. He never got to realise his ambition of retiring to raise hybrid roses, dying in November 1946 at the age of 68. Fourteen years later, he was awarded a star on the Hollywood Walk of Fame. 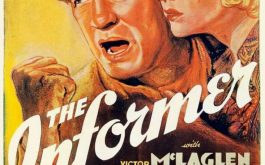 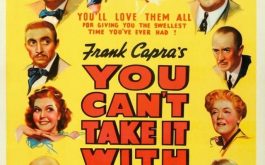