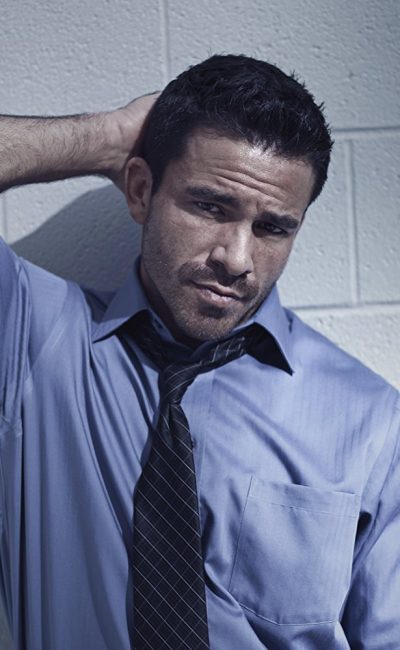 Derek Reid Boone was born in Salt Lake City, Utah in 1984 to Reid Boone and Debbie Lund. His father was a champion body builder winning Mr. Utah in 1977. His mother who is now remarried, co owns an art gallery in Park City, UT with her husband/artist Allen Lund. Derek’s passion for acting started at age 17, his step father Allen had an art studio above a studio that did acting classes. Allen knowing how much Derek loved movies, asked if he would like to try an acting class. He of course said yes and was hooked immediately. Derek landed his first feature role soon after in the made for television Disney movie “Right on Track” opposite Brie Larson and Beverly Mitchell. Derek wandered off his path in the few years after and went through drug rehab for 14 months in 2007. He has been sober since, his passion and love for acting reignited and says “my years of addiction and long rehab made a light bulb turn on of expressing the truth of emotions in my acting”. With an acting career landing roles recently as the Lead Detective opposite Sharon Stone, Garrett Hudland, and Beau Bridges in the HBO original “Mosaic” directed by acclaimed director Steven Soderbergh (Ocean’s Eleven, Twelve, and Thirteen, Magic Mike). Derek can also be seen in an episode of “Blood & Oil” as the principal role simply known as the “Roughneck” in scenes opposite Chace Crawford and Don Johnson. Derek also landed the principal role “Lt. Krycek” opposite Dolph Lundgren in “Dead Trigger”. Yet one of his biggest roles he is known for to date is playing the supporting role of the rugged, cold stoned, corrupt prison guard “Samuel Gibbons” in “The Hollow Point”, opposite Patrick Wilson, Ian McShane, John Leguizamo, and from “X-Men Origins: Wolverine” Lynn Collins. Derek relentlessly continues to hone his craft whether it’s on set or in class “with 10 people there”. We will continue to see Derek bring to life future roles with his dedication to emotional truth to those roles.