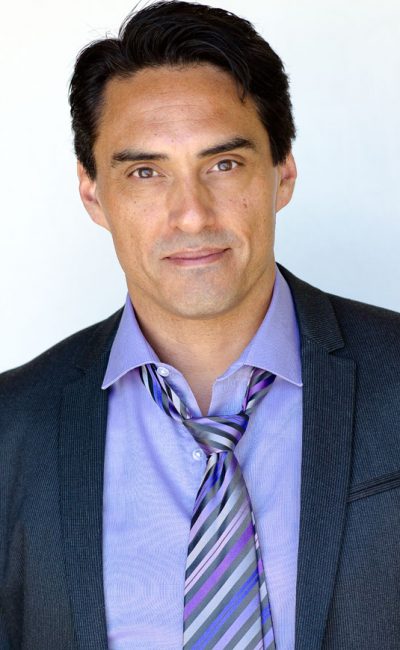 At the age of 17, Darrell Dennis walked into his first professional audition and walked out with the lead role of Brian Potter on the hit CBC drama “Northwood”. Since then, Darrell has become a multi- faceted Native American (First Nations) actor, writer, and comedian. As an actor, Darrell has gone from classic theater productions in Shaw’s “Arms and the Man”, Strindberg’s “Miss Julie”, and Pinter’s “Deceived”, to film and television roles in “Leaving Normal” opposite Meg Tilly and Christine Lahti; to the hit TV series “Degrassi”; and as Shania Twain’s slick and wealthy lover in “Shania: A life in Eight Albums”. When Darrell won the lead role of Frank Fencepost on the CBC television series “The Rez” his comedy career exploded. Darrell received a scholarship to train at the world famous “Second City” and became the first Native American (First Nations) comedian to be hired as a performer in any of the Second City companies. He then co-founded the all- Native comedy troupe “Tonto’s Nephews” and the L.A. based all Native American comedy troupe “The Mayflower Welcoming Committee”. In addition to acting and comedy, Darrell is a successful writer. His first play, “Trickster of Third Avenue East,” was produced by Native Earth Performing Arts, which twice named Darrell their “Writer-in- Residence”. On APTN, Darrell joined the writing team of the talk/variety show, “Buffalo Tracks” and went on to host the APTN smash hit “Bingo and a Movie.” Darrell then wrote a half- hour television pilot called “Moccasin Flats” which was an official selection at the 2002 Sundance Film Festival and was picked up by Showcase Television and APTN for three seasons. Darrell was a key writer on this series. Darrell’s one man show “Tales of an Urban Indian” was nominated for two Dora Awards (Best Original Play and Best Performance by an actor) and his feature film adaptation of “Tales” was one of 13 international screenplays to be accepted in the prestigious Sundance Screenwriters Lab. A television pilot based on “Tales” was produced and broadcast on the Aboriginal People’s Television Network which Darrell also produced. Darrell recently gave a special performance of “Tales” at the legendary Public Theater in New York City. In 2005, Darrell became the comedic Native voice on the CBC Radio series “Spin Off” and the CBC television special “The American Empire”. He then co- wrote and hosted the ground breaking CBC radio program “Revision Quest” which ran for four seasons and won numerous awards including the prestigious New York Festival Award. During this time, Darrell’s stand- up career flourished and he performed in televised galas at the “Winnipeg Comedy Festival” and the world famous “Just For Laughs Festival”. At present, Darrell is a series regular on the Teen Nick/YTV show “Open Heart”. His book “Peace Pipe Dreams:The Truth About Lies About Indians” from Douglas & Macintyre Publishing is available in book stores and online. Darrell continues to perform stand up comedy and is developing two T.V. series, a T.V. movie, a feature film, a web series, and a U.S. radio program.