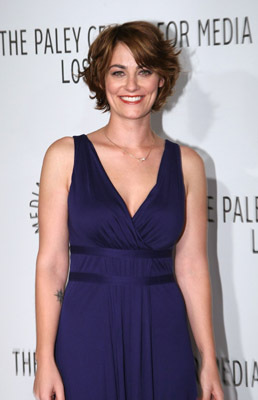 Clementine Ford was born to actress Cybill Shepherd and her first husband, David Ford, in Memphis, Tennessee in 1979. Her parents divorced when she was still a baby, and Cybill went back to California to restart her acting career, becoming a celebrated television star on A Gata e o Rato (1985). She also had a brief second marriage to Bruce Oppenheim, giving birth to twins Ariel Shepherd-Oppenheim and Zachariah Oppenheim. Cybill also paid for Clementine’s father to move to California and for his bartending lessons, so he and Clementine can have a close father-daughter relationship, which continues to this day. Since Clementine grew up with a famous actress, she dreamed of an acting career, making her debut on her mother’s other show, Cybill (1995), in 1997. She was named Miss Golden Globe in 1998, a title bestowed upon off-spring of famous actors. Clementine wasn’t happy with her acting, so she enrolled in acting classes, where she met her first husband, actor Chad Todhunter. They divorced a few years later. Clementine made several guest appearances, playing daughter to her real-life mother on The L Word (2004), from 2007-2009. After that, she moved on to the daytime soap opera, The Young and the Restless (1973), and was there, for a contract role as “Mackenzie”, for one year. Clementine also entered into a relationship with musician Linda Perry. When that ended, she married her second husband, actor Cyrus Wilcox, in 2013 and gave birth to a son, Elijah Wilcox, in 2014, and a daughter, Welles Wilcox, in 2016. She maintains a blog and continues to act, such as when she appeared in a play written by her half-sister, Ariel.