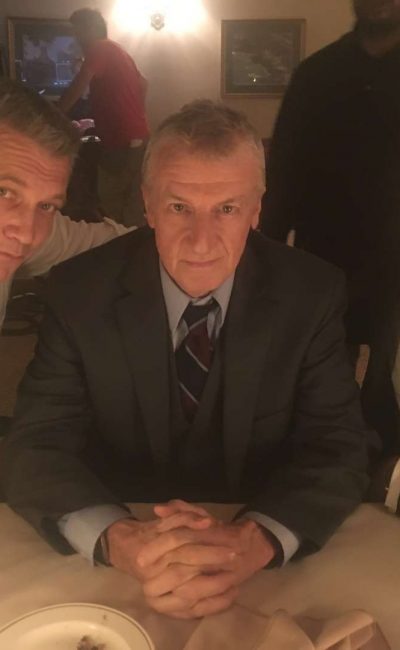 An award-winning, veteran actor, over the past 30 years Chris has worked with the best-of-the-best on-screen and on the stage. Most recently he was cast by director-producer David Fincher as a recurring character in Fincher’s Netflix series “Mindhunter,” working with Jonathan Groff, Holt McCallany and Michael Cerveris. Among other credits, Chris has worked with two-time Academy Award winner Viola Davis (“How To Get Away With Murder”), Michael Sheen (“Masters of Sex”), Walton Goggins (“Justified”) and Golden Globe winning actor/director Richard Benjamin (“The Pentagon Wars.”) Chris moved to Los Angeles in 1986 after being cast in the play “Rat in the Skull” by Ron Hutchinson at the Mark Taper Forum with the late Charlie Hallahan. He has worked steadily in film, television, theater and commercials ever since. Born and raised in Canada to English parents, Chris moved to the U.S. from Toronto in 1982 to go to acting school. He subsequently went to England to study at the prestigious London Academy of Music and Dramatic Art where he was a classmate of actress/producer Rita Wilson (wife of Tom Hanks). His first professional acting job was at the N.Y. Shakespeare Festival in Henry V starring Kevin Kline and directed by the late, Tony Award-winning director Wilford Leach.