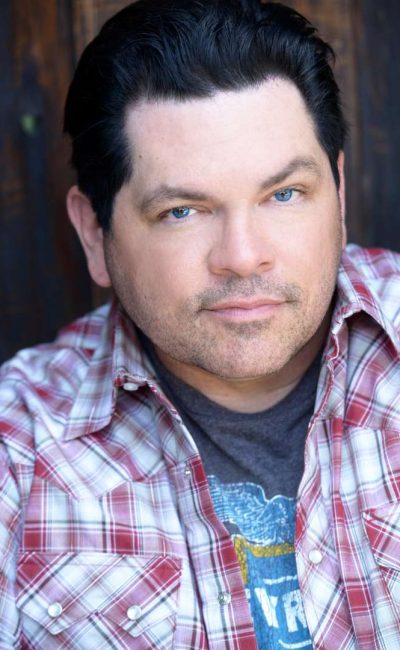 Chris Warner has been described as the kid in the candy store meets the bull in the china shop. He’s kinda like if The Hulk and Winnie The Pooh were the Wonder Twins: Shape of: a lovable teddy bear, Form of: a big, aggressive, undeniable personality! From the second you meet him, you quickly realize that there’s no doubt he was born to entertain. Armed with an intense wit and a commanding presence, he’s sure to instantly grab your attention. . .so hold on tight! Chris began acting over two decades ago in Austin, TX. After some marked success in both film and commercials, Chris’ last role while still living in Texas before departing for the bright lights of Hollywood, was opposite Academy Award winner Kevin Spacey in The Life of David Gale. You may also recognize him opposite Tommy Lee Jones in the Academy Award-winning film No Country for Old Men or with Benicio Del Toro’s Jackie Boy in the ground-breaking movie Frank Miller’s Sin City. In addition to his successful movie roles, he’s appeared on the television shows Prison Break, Criminal Minds, Friday Night Lights, The Event, NCIS: Los Angeles, Justified and Shut Eye. As one of the most respected character actors of his generation, Chris has cemented himself as an edgy, intense artist who leaves nothing to chance when he appears on-screen. When he’s not sharpening his acting chops or banging away at a keyboard on his next storied adventure, he can be found spending time with his queen at the beach, helping to rescue animals-in-need, supporting his beloved Texas Longhorns and leading his mission-driven clothing brand My Life Is War.