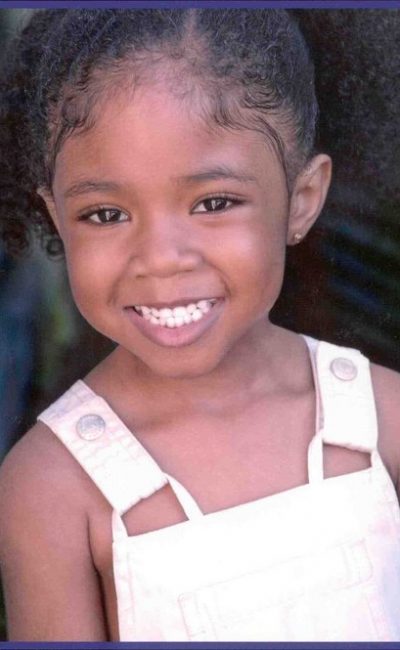 China Anderson loves to act, sing, dance, model and her dreams of becoming a superstar are closing in upon her. She’s speedily becoming a household name. She is exceptionally professional, is naturally outgoing and has a personality that sparkles. At the tender age of four, she began to pursue her dreams by going on her very first audition in which she booked the Feature Film “Idlewild” with the musical group “Outkast”. Less than a year later, she booked and starred in the #1 Box Office Movie “Madea’s Family Reunion” directed by Tyler Perry. In 2007, in the role of Young Kate Thomas, she debuted in Eddie Murphy’s #1 Feature Film “Norbit”. She also stars in the film titled “Krews” out in 2010. China enjoys doing television too. She is on ABC’s television sitcom “Carpoolers” which debuted in 2008. She is featured in Keke Palmer’s music video “All My Girlz”. China Anderson also appears in National Commercials and Print Ads for Wells Fargo, Target, Disney 3 6 5, Skechers, Walmart, McDonald’s, Travelers Insurance, AT&T, and as well as for Macy’s and UCLA Children’s Center. She can also be seen in the Infomercial “That’s Revolting” and she stars in the series “Diary of a Single Mom” directed by Robert Townsend which debuted early in 2009 and recurs in episodes for 2010 and 2011. China Anderson is also featured in the upcoming Feature Film “Monster Mutt” slated for release in 2010. In her latest projects for 2009/2010 she recurs on ABC’s Television hit Series “Grey’s Anatomy” and Guest Stars on NBC’s Television hit Series “Heroes”. And just recently May 2010 she was featured on “The Tonight Show w Jay Leno and Kevin Eubanks. She is also a featured voice in Steven Spielbergs upcoming “Alien Invasion Pilot” titled “Fallen Skies” due out in 2011. In 2010/2011 she is featured across the board on “Wells Fargo” National Television Commercials, Voice-Overs, Radio and Print Ads. She is also a 2009 cast member in the Theatre drama “Fences” written by Pulitzer Prize Winning Playwright August Wilson, directed by Eileen Mack Knight. Prior to earning her feature film roles, China was crowned Division Winner for ages three to four in the “Hawaiian Tropic Model Search” runway competition. She does cheer-leading for Young Champions Cheer America where she competed and took 1st Place Division Winner. In addition to entertaining, some of her favorite things to do are reading to younger audiences, bowling, shopping, going to movies, and doing gymnastics.