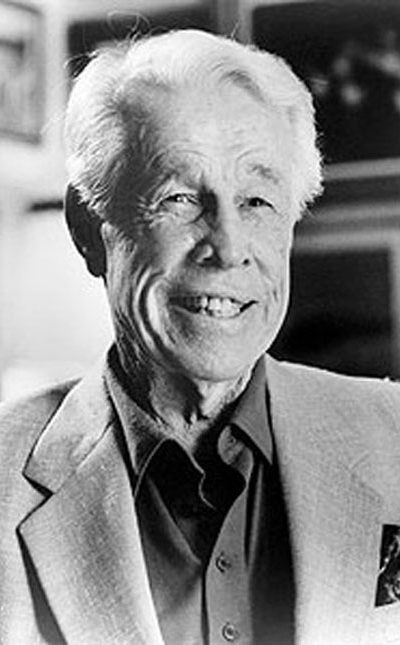 Brilliant, distinguished American director, particularly of Westerns, whose simple, bleak style disguises a complex artistic temperament. The son of a wealthy hardware retailer, Boetticher attended Culver Military Academy and Ohio State University, where he excelled in football and boxing. Following his schooling Boetticher, something of an adventurer, went to Mexico and transformed himself into a formidable professional matador. His school chum, Hal Roach Jr., used his film connections to get Boetticher minor jobs in the film industry, most importantly the job of technical adviser on the bullfighting romance Blood and Sand (1941). By studying the work of the film’s director, Rouben Mamoulian, and from editor Barbara McLean, he gained a thorough grounding in filmmaking. After an apprenticeship as a studio messenger and assistant director, he was given a chance to direct, first retakes of scenes from other directors’ films, then his own low-budget projects. For producer John Wayne Boetticher filmed his first prominent work, a fictionalization of his own experiences in Mexico, Bullfighter and the Lady (1951), although the work was re-edited without Boetticher’s approval by his mentor, John Ford (the director’s cut was restored several decades later). Following a number of sprightly but inconsequential programmers in the early 1950s, Boetticher formed a partnership with actor Randolph Scott which, with the participation of producer Harry Joe Brown and writer Burt Kennedy, led to a string of the most memorable Western films of the 1950s, including 7 Men from Now (1956) and The Tall T (1957). He directed a sharp gangster film, The Rise and Fall of Legs Diamond (1960), then, with his wife Debra Paget, left for Mexico to film a monumental documentary on famed matador Carlos Arruza. The travail of the next seven years, which Boetticher detailed in his autobiography “When In Disgrace”, included near-fatal illness, divorce, incarceration in jails, hospitals and an insane asylum, and the accidental deaths of Arruza and most of the film crew. The film, Arruza (1972), was both an exquisite documentary and a testament to Boetticher’s immutable drive. Though he returned to Hollywood to form a partnership with Audie Murphy, they completed only one film together before Murphy’s death in 1971. Since then Boetticher completed another documentary and had announced several feature films in preparation. He died at age 85.