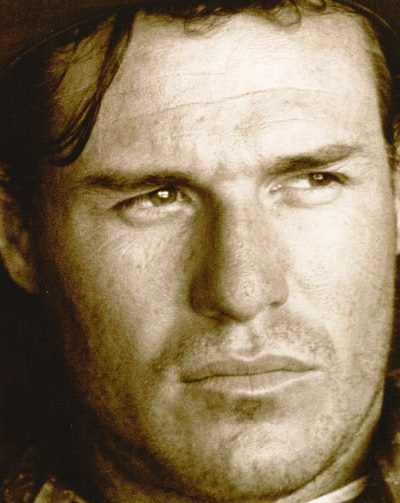 When someone tells Brad Johnson he’s come a long way, his usual response is, “Well, I had a long way to come.” Born on a small ranch in Tucson, Johnson, the son of a horse trainer/used car salesman, has done everything from shoeing horses to repossessing cars to serving as a hunting and fishing guide. His humble beginnings nurtured his modesty and quiet strength and has critics comparing him to John Wayne, Clint Eastwood and James Stewart. Brad’s route to stardom was speedy, dramatic and somewhat circuitous. He joined the Pro Rodeo circuit in 1984 and was spotted wrestling steers in Wyoming by a casting director looking for cowboys to use as extras in a beer commercial. After this first break came a three-year run as the Marlboro Man, then numerous Calvin Klein print ads and more commercials. After a serious knee injury sidelined his rodeo career, Johnson headed for Hollywood. Within five months of his arrival, Roger Corman cast him to star in Nam Angels (1989). Soon after, Steven Spielberg discovered Johnson and offered him the coveted role of Ted Baker, Holly Hunter’s love interest in Always (1989). When asked about her co-star, Holly described Brad as “all twisted steel and sex appeal.” The Spielberg film led Johnson to Paramount for John Milius’ Flight of the Intruder (1991). An exclusive three-picture deal at Paramount followed. With 60 hours of television, 11 pilots and over 25 films to his credit, there’s no slowing down in Johnson’s future. Writing and producing can now be added to his resume. Johnson’s Los Angeles-based High Lonesome Productions and is producing partner Lou Pitt have several projects in different stages of production. One of them, “The Daybreakers,” a rodeo tale, Johnson penned himself. Known by his friends as “The working man’s renaissance man,” Johnson has three projects slated for release in 2007. Brad lives with his wife Laurie and their eight children on a ranch in the mountains of Colorado. 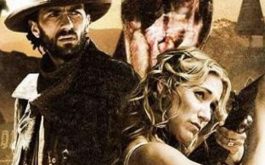