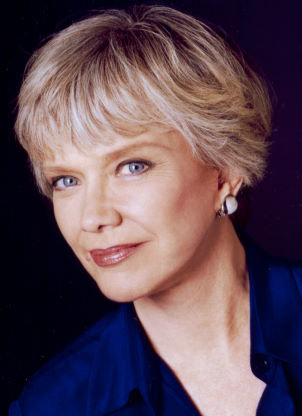 Anne Francis got into show business quite early in life. She was born on September 16, 1930 in Ossining, New York (which is near Sing Sing prison), the only child of Phillip Francis, a businessman/salesman, and the former Edith Albertson. A natural little beauty, she became a John Robert Powers model at age 6(!) and swiftly moved into radio soap work and television in New York. By age 11, she was making her stage debut on Broadway playing the child version of Gertrude Lawrence in the star’s 1941 hit vehicle “Lady in the Dark”. During this productive time, she attended New York’s Professional Children’s School. Metro-Goldwyn-Mayer put the lovely, blue-eyed, wavy-blonde hopeful under contract during the post-war World War II years. While Anne appeared in a couple of obscure bobbysoxer bits, nothing much came of it. Frustrated at the standard cheesecake treatment she was receiving in Hollywood, the serious-minded actress trekked back to New York where she appeared to good notice on television’s “Golden Age” drama and found some summer stock work on the sly (“My Sister Eileen”). Discovered and signed by 20th Century-Fox’s Darryl F. Zanuck after playing a seductive, child-bearing juvenile delinquent in the low budget film Depravadas (1950), Anne soon starred in a number of promising ingénue roles, including O Gênio e os Fugitivos (1951), Lydia Bailey, A Feiticeira do Haiti (1952), and O Gênio na Televisão (1952) but she still could not seem to rise above the starlet typecast. At MGM, she found promising leading lady work in a few noteworthy 1950s classics: Conspiração do Silêncio (1955); Sementes de Violência (1955); and the science fiction cult classic Planeta Proibido (1956). While co-starring with Hollywood’s hunkiest best, including Paul Newman, Dale Robertson, Glenn Ford and Cornel Wilde, her roles still emphasized more her glam appeal than her acting capabilities. In the 1960s, Anne began refocusing strongly on the smaller screen, finding a comfortable niche on television series. She found a most appreciative audience in two classic Além da Imaginação (1959) episodes and then as a self-sufficient, Emma Peel-like detective in Aaron Spelling’s short-lived cult series Honey West (1965), where she combined glamour and a sexy veneer with judo throws, karate chops and trendy fashions. The role earned her a Golden Globe Award and Emmy Award nomination. The actress returned to films only on occasion, the most controversial being Funny Girl: A Garota Genial (1968), in which her co-starring role as Barbra Streisand’s pal was heartlessly reduced to a glorified cameo. Her gratuitous co-star parts opposite some of filmdom’s top comics’ in their lesser vehicles — Jerry Lewis’ De Caniço e Samburá (1969) and Don Knotts’ The Love God? (1969) — did little to show off her talents or upgrade her career. For the next couple of decades, Anne remained a welcome and steadfast presence in a slew of television movies (The Intruders (1970), Haunts of the Very Rich (1972), Little Mo (1978), A Masterpiece of Murder (1986)), usually providing colorful, wisecracking support. She billed herself as Anne Lloyd Francis on occasion in later years. For such a promising start and with such amazing stamina and longevity, the girl with the sexy beauty mark probably deserved better. Yet in reflection, her output, especially in her character years, has been strong and varied, and her realistic take on the whole Hollywood industry quite balanced. Twice divorced with one daughter from her second marriage, Anne adopted (as a single mother) a girl back in 1970 in California. She has long been involved with a metaphysical-based church, channeling her own thoughts and feelings into the inspirational 1982 book “Voices from Home: An Inner Journey”. Lately, she has spent more time off-camera and involved in such charitable programs as “Direct Relief”, “Angel View” and the “Desert AIDS Project”, among others. Her health declined sharply in the final years. Diagnosed with lung cancer in 2007, the actress sadly died on January 2, 2011, from complications of pancreatic cancer in a Santa Barbara (California) retirement home. 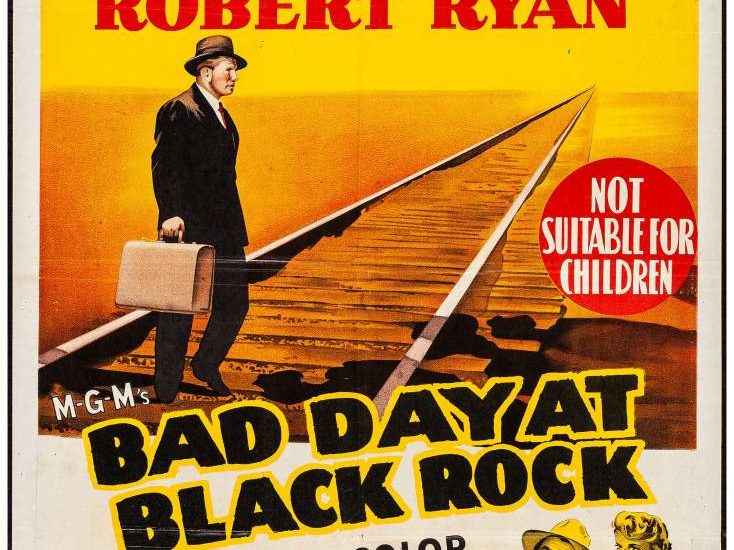