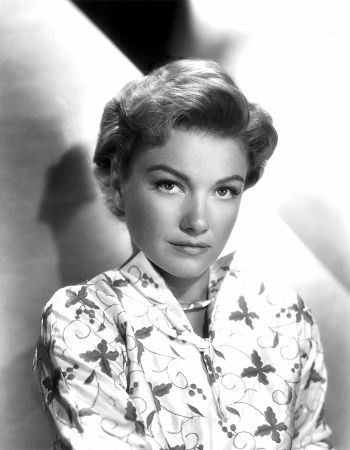 Anne Baxter was born in Michigan City, Indiana, on May 7, 1923. She was the daughter of a salesman and his wife, Catherine, who herself was the daughter of Frank Lloyd Wright, the world-renowned architect. Anne was a young girl of 11 when her parents moved to New York City, which at that time was still the hub of the entertainment industry even though the film colony was moving west. The move there encouraged her to consider acting as a vocation. By the time she was 13 she had already appeared in a stage production and had garnered rave reviews from the tough Broadway critics. The play helped her gain entrance to an exclusive acting school. In 1937 Anne made her first foray into Hollywood to test the waters there in the film industry. As she was thought to be too young for a film career, she packed her bags and returned to the New York with her mother, where she continued to act in Broadway and summer stock up and down the East Coast. Undaunted by the failure of her previous effort to crack Hollywood, Anne returned to California two years later to try again. This time her luck was somewhat better. She took a screen test which was ultimately seen by the moguls of Twentieth Century-Fox and she was signed to a seven-year contract. However, before she would make a movie with Fox, Anne was loaned out to MGM to make 20 Mule Team (1940). At only 17 years of age, she was already in the kind of pictures that other starlets would have had to slave for years as an extra before landing a meaty role. Back at Fox, that same year, Anne played Mary Maxwell in The Great Profile (1940), which was a box-office dud. The following year she played Amy Spettigue in the remake of Charley’s Aunt (1941). It still wasn’t a great role, but it was better than a bit part. The only other film job Anne appeared in that year was in Swamp Water (1941). It was the first role that was really worth anything, but critics weren’t that impressed with Anne, her role nor the movie. In 1942 Anne played Joseph Cotten’s daughter, Lucy Morgan, in The Magnificent Ambersons (1942). The following year she appeared in The North Star (1943), the first film where she received top billing. The film was a critical and financial success and Anne came in for her share of critical plaudits. Guest in the House (1944) the next year was a dismal failure, but Sunday Dinner for a Soldier (1944) was received much better by the public, though it was ripped apart by the critics. Anne starred with John Hodiak, who would become her first husband in 1947 (Anne was to divorce Hodiak in 1953. Her other two husbands were Randolph Galt and David Klee). In 1946 Anne portrayed Sophie MacDonald in The Razor’s Edge (1946), a film that would land her an Academy Award for Best Supporting Actress. She had come a long way in so short a time, but for her next two films she was just the narrator: Mother Wore Tights (1947) and Blaze of Noon (1947). It would be 1950 before she landed another decent role–the part of Eve Harrington in All About Eve (1950). This film garnered Anne her second nomination, but she lost the Oscar to Judy Holliday for Born Yesterday (1950). After several films through the 1950s, Anne landed what many considered a plum role–Queen Nefretiri in Cecil B. DeMille’s The Ten Commandments (1956). Never in her Hollywood career did Anne look as beautiful as she did as the Egyptian queen, opposite Charlton Heston and Yul Brynner. After that epic, job offers got fewer because she wasn’t tied to a studio, instead opting to freelance her talents. After no appearances in 1958, she made one film in 1959 Season of Passion (1959) and one in 1960 Cimarron (1960). After Walk on the Wild Side (1962), she took a hiatus from filming for the next four years. She was hardly idle, though. She appeared often on stage and on television. She wasn’t particularly concerned with being a celebrity or a personality; she was more concerned with being just an actress and trying hard to produce the best performance she was capable of. After several notable TV appearances, Anne became a staple of two television series, East of Eden (1981) and Hotel (1983). Her final moment before the public eye was as Irene Adler in the TV film Sherlock Holmes and the Masks of Death (1984). On December 12, 1985, Anne died of a stroke in New York. She was 62. 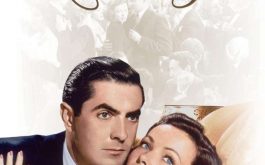 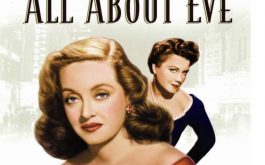