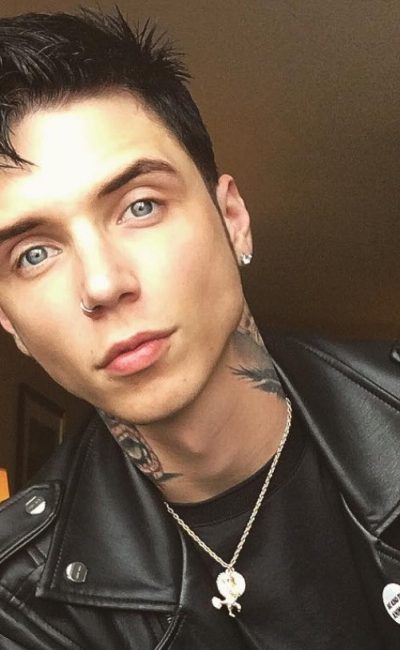 Andrew Dennis Biersack (Andy) is an American singer/songwriter/actor in the American rock band, Black Veil Brides. He was born on Wednesday, December 26, 1990. He wrote and starred in BVB’s concept movie based on their 2013 concept record “Wretched and Divine: The Story of the Wild Ones” released on 1/8/13. The rest of the members of Black Veil Brides also starred in the movie. Andy has done a commercial for drugs and BVB’s concept movie “Legion of the Black” and hopes to do more acting soon. Andy is working on his solo project Andy Black, which he announced in 2014 and which will be released in the summer of 2016, and he and the rest of Black Veil Brides are working on the recordings for their 5th album.