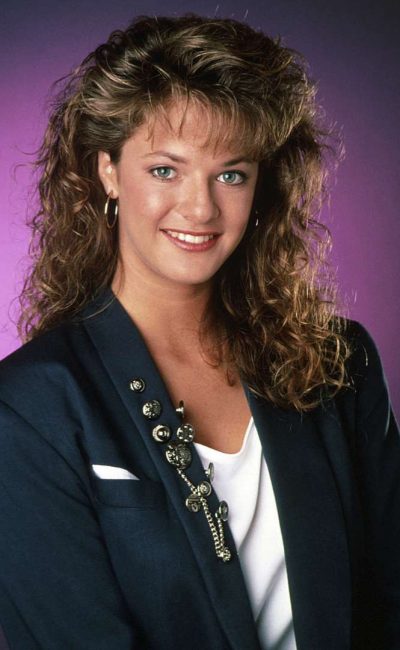 Andrea Hope Elson first realized her love for acting at age eleven when she played the lead in a sixth grade production of “Alice in Wonderland”. Born on March 6, 1969 in New York City, this green-eyed actress grew up traveling because of her father’s job in advertising. Before she was ten years old, she had lived in New York, Chicago, San Diego and Los Angeles. While in San Diego, Andrea got an agent and won the first part she auditioned for. It was for a commercial, and, from then on, one acting job followed another. She landed guest-starring parts on Simon et Simon (1981), Ricky ou la belle vie (1982) and a co-starring role in the series Les petits génies (1983). Andrea auditioned and won the part of Lynn Tanner on the hit series ALF, o Eteimoso (1986). She is married to Scott Hopper who was a production assistant on the show, ALF, o Eteimoso (1986). She gave birth to a daughter, Claire in 1997. She made a two day guest appearance on the soap, The Young and the Restless (1973) soon afterwards.