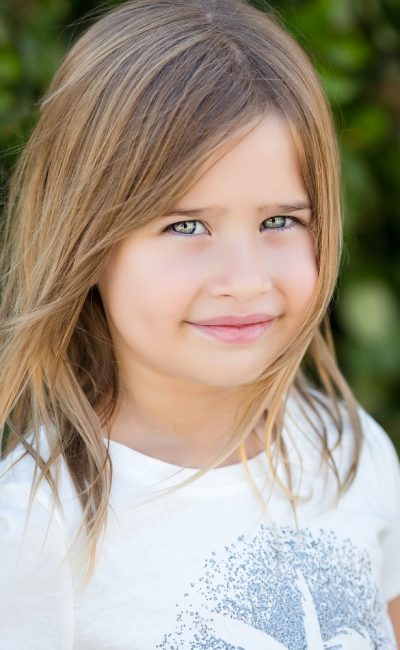 Ana Sophia Heger is a series regular on the CBS television series Life in Pieces (2015). She plays the part of ‘Lark Short,’ the daughter to main characters ‘Greg Short’ and ‘Jennifer Collins Short,’ played respectively by Colin Hanks and Zoe Lister-Jones. The all-star cast includes Dianne Wiest, James Brolin, Jordan Peele, and Betsy Brandt. Ana returns in the upcoming fourth season, slated for April 18th, making her a second season veteran of the show. She began auditioning for roles at the age of three, with her parents supporting and guiding her. It was at three and a half that Ana landed the prime time role on Life In Pieces. Ana calls Los Angeles, California her home with her German father, Emmy-Nominated actor Rene Heger, and American mother, actress Emily Rosman Heger. She recently welcomed a newborn brother to their family. Ana is fluent in German and is currently learning Spanish as well as French. When she isn’t in preschool or acting, Ana spends her time in ballet and tap-dancing classes, as well as drawing and painting.