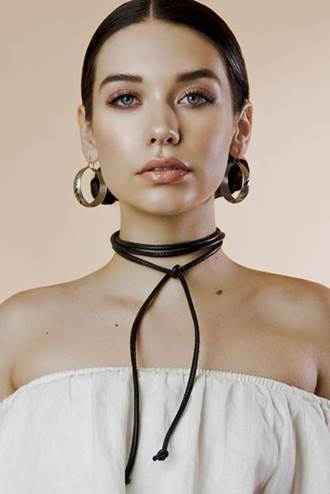 Amanda Steele, a content creator from Southern California, is one of the most successful and highly sought after digital stars to date. Since making her debut on YouTube at just ten years old, Amanda has produced content on both her own channel and other platforms, including Verizon’s Go90 and AwesomenessTV’s YouTube channel. Over the course of her career on YouTube, we’ve watched Amanda Steele mature from an adorable adolescent to a winsome young woman. Her creativity coupled with her knack for business has translated into the successful brand she has built and continues to build. Recently, she starred in the upcoming AwesomenessTV (2013) / Go90 series, Guidance (2014) opposite ‘Michelle Trachtenberg’ (qv ) from Gossip Girl: A Garota do Blog (2007), and released her docuseries, “The Social Life with Amanda Steele.” Upon signing with IMG Models, Amanda was photographed by Michel Comte for Vogue Italia, and now has been featured by Teen Vogue, V Magazine, CR Magazine, W Magazine, Seventeen, and Nylon. In September 2016 she partnered with Maybelline to cover New York Fashion Week and successfully co-lead the make-up for the Rebecca Minkoff show alongside celebrity make-up, Gato. She has taken part in various beauty panels across the country and worked with international brands such L’Oreal Paris, Neutrogena, Target, and Quay. She is also a budding actress, and splits her time in LA between studying for acting auditions and creating digital content.