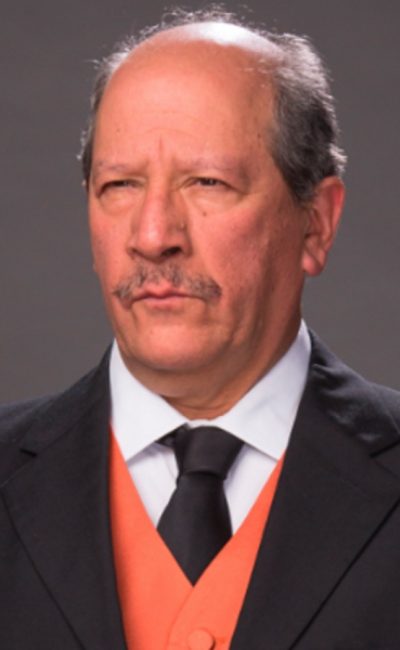 Alejandro Edmundo Trejo Zapata (born 8 August 1959) is a Chilean theater, television, and voice actor. He is best known for 2001’s A Cab for Three, for which he received Best Actor awards at the Cinemanila and Gramado film festivals. Alejandro Trejo, a well-known Chilean actor, came to show business almost by chance, because the theater was his second choice. In 1979 he entered the Moneda Theater School directed by Pury Durante. In 1986 he founded, along with Juan Edmundo González, the street theater company El Clavo. As an actor he has participated in numerous plays, among which are Lautaro, by Isidora Aguirre, Historia de un galpón abandonado by Ramón Griffero, Tríptico, and El Señor Presidente, these last two with El Clavo. Later with the company La Batuta he participated in Chronicle of a Death Foretold, where he met Julio Milostich [es], and in Galileo Galilei. With the group Bufón Negro he has been part of the cast of El coordinador, El solitario, Un dulce aire canalla, and El amor intelectual, all by Benjamín Galemiri. A great theatrical success of his was Nadie es profeta en su espejo, by Jorge Díaz, under the direction of Alejandro Goic, as well as La Condición Humana. He starred in Macbeth under the direction of Englishman Ian Wooldrich, sharing the stage with actor Rodrigo González Rubio. He has made national and international tours. As a director he has distinguished himself with La comarca del jazmín by Óscar Castro, The Martian Chronicles by Ray Bradbury, El libro de Rebeca by Benjamin Galemiri, Loco afán by Pedro Lemebel, and El desvarío by Jorge Díaz, among others. In films, his performances stand out in A Cab for Three, The Sentimental Teaser, Subterra, Machuca, Gente decente, and Los Debutantes. Trejo is also a voice actor who has been in that business for more than 20 years, lending his voice to various commercials, series, and television documentaries. He has served as a juror for the Caleuche Awards, and hosted their first ceremony in 2016.