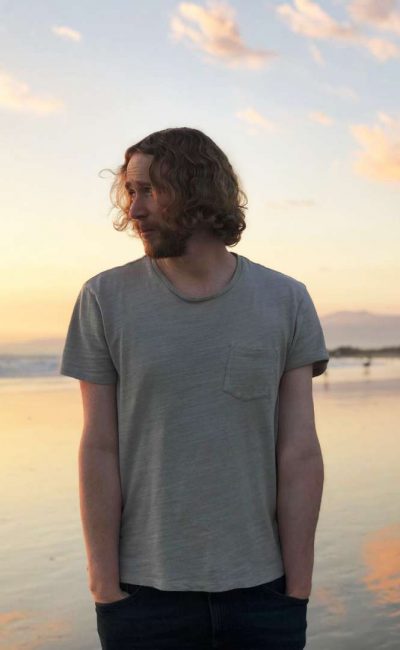 A.T. White is an award-winning filmmaker and musician from the UK who spends his time split between London and L.A. His debut feature film ‘Starfish’ had it’s World Premiere at Fantastic Fest 2018 and is currently touring festivals around the world. It is being distributed by The Orchard. He wrote, directed and scored the film. Every cent he makes from ‘Starfish’ will be donated to Cancer Research. A.T. White is the co-manager of international boutique production house ‘We Are Tessellate’. Who are currently in development on various features, shorts, albums and interactive gaming experiences. He is also the host of the movies and games podcast ‘We Are Geeks’. Al is in the midst of developing numerous feature-length projects, including a left-field invasion epic, a 70’s infused emotional slasher and a sun-drenched, genre-defying franchise. Al is also the the lead singer/songwriter of UK band ‘Ghostlight’. Their new album is being released beginning of 2019, called ‘Dive Dark’.